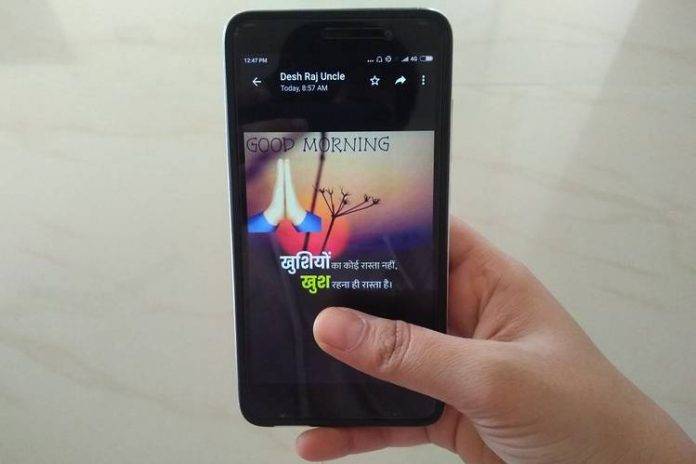 You would think that an innocuous good morning image message sent to loved ones would be welcome to most people. But apparently, this “phenomenon” in India has been causing havoc not just with the people tired of receiving them, but even with Google researchers in Silicon Valley. And since millions of people in the South Asian country have entry level to mid-tier devices, memory and storage were being affected. The solution that Google has come up with is an AI-powered feature in Files Go.

First, the background. Millions of people are going on the Internet for the first time in India, thanks to low-cost devices and slow but affordable data plans. And so millions of people are also discovering the joys of sending images with quotes and texts, wishing their loved ones and contacts good morning. WhatsApp is one of the most popular messaging apps where millions of messages are sent every day and they have even created a service to help people send these messages all at once.

Phones are freezing up because they don’t have space anymore and it’s a hassle to keep constantly deleting those messages. So what Google came up with is Files Go, part of their recent lightweight version of some of their products for devices that have low memory or space. It was unveiled last December and actually has a feature to help users weed out those good morning messages and then delete them from your device. They used artificial intelligence tools as well as their giant image database to detect those kinds of images so you don’t have to manually do them yourself.

At the unveiling, last December, media and government officials enthusiastically cheered this feature, showing not everyone appreciates all the good morning messages they receive every day. You can download Files Go on your smartphone, even if you don’t live in India or receive tons of good morning messages.