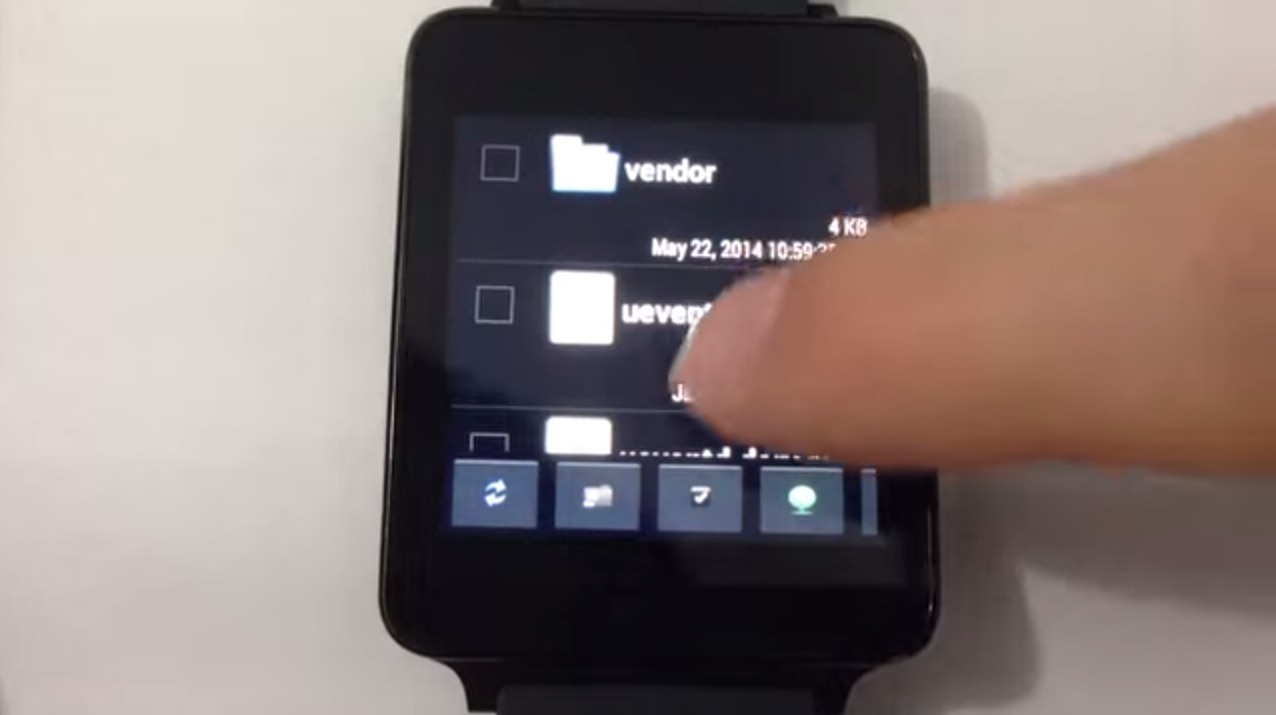 Just how many files do you need to fit into your smartwatch? With an average of just around 4GB of internal storage (actually less because of various tools and apps), they really can’t handle that many to begin with. But apparently, there is now a version of the normal File Manager for Android that has been tweaked for the Android Wear platform, making sure that your Samsung Gear Live, LG G Watch and the future Moto 360 can have an organized way of handling multiple files.

The File Manager for Android Wear serves as a sort of “explorer” for storing and organizing files in your smartwatch. It also has the full feature phone version to make it easier for you to send and receive files back and forth between your smartwatch and your paired mobile devices. The app for Android Wear has the basic features of a file manager, including listing files and folders, organising them either by name, date or file size, batch delete file, an action button per file which will tell you to either delete, send file to device (and vice versa), share, order by date/name/file size or just refresh.

Some of its Phone only features include sending a file through email, Bluetooth or note, as well as changing the timer in the photo slider feature. Speaking of which, probably one feature that most users find useful for the file manager is that it has its own photo viewer as well as a Slide Show feature where you can just touch left to start it and then touch right to go to the next one. Although why you’d want to view photos on the small screen of your smartwatch is beyond us. Also, since you have to view it on your smartwatch, it is not that easy to manuever because everything is tiny, as it should be, since you’re dealing with a watch here.

The most important thing you have to know about File Manager for Android is that it’s absolutely not free. It costs $3.99 to download from the Google Play Store. So if you feel like you really need to have that many files stored in your smartwatch and that you need to organize them, then go ahead and spend for it.