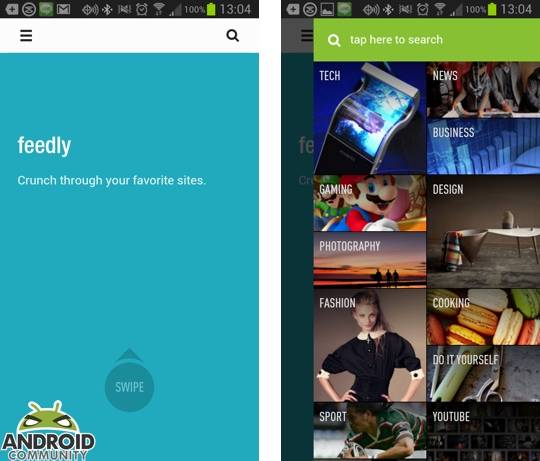 We still have plenty of time before Google Reader shuts down for good. Well, maybe not enough time for those who are dreading the day but the key is that as of July 1 Google Reader will be gone for good. We have seen plenty of alternatives come into the spotlight, however it seems as if one of those possibilities has stolen much of the spotlight. That one is Feedly and they have just announced some updates.

Specifically, they have announced and released a new version of Feedly Mobile. The app is available by way of the Google Play Store, remains free to download and use and comes along with the promise of being “centered around search and discovery, productive reading and better sharing.”

The Feedly Mobile app has gone to version 13.0.7 where it remains available for devices running Android 2.2 or later. In terms of those changes, we are looking at a new widget, improved YouTube integration and what is described as being “better control” over the list, magazine and mosaic views. There is also a new explore panel and new layouts for those rocking an Android tablet including the Nexus 7 and Nexus 10.

Of course, as we find with just about any update, this one also took care of some bugs. Changes and new additions aside, the folks at Feedly also shared a bit in terms of what they have seen since the news of the Google Reader shutdown. In short, Feedly has said they have picked up over 3 million new users. Guess that Save Google Reader petition (which now has 146,680 supporters) was indeed just a small minority of users.