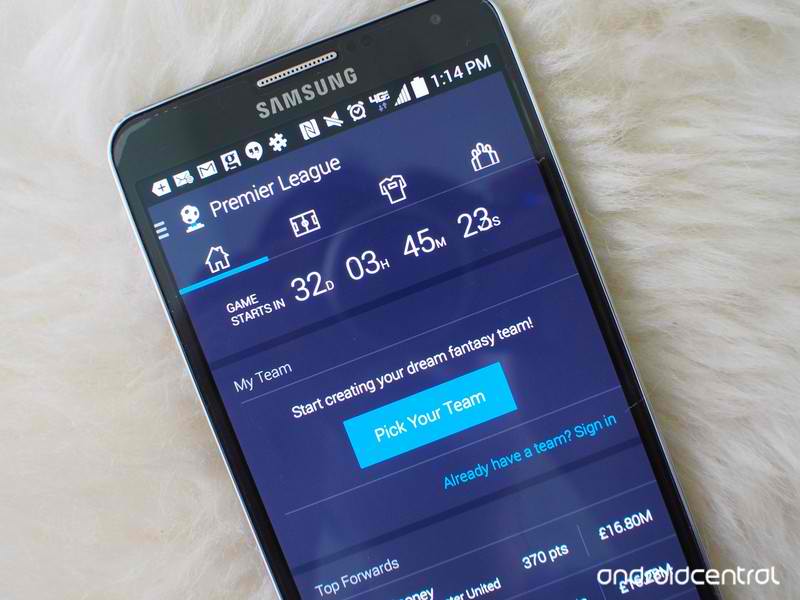 With the World Cup officially over and Europe’s domestic league seasons still a month away, football fans (and the newly-converted fans too) are experiencing a bit of football withdrawal. Good thing you still have mobile games and apps to tide you over until then and help you get over this “separation anxiety” from anything football-related. Yahoo Sports is offering up Fantasy Soccer, to give you the chance to manage the best football team in the world.

Well, you actually don’t need to actually know how to play football or a football game on your smartphone to be able to use this app. But all that new football knowledge you gained while watching the world’s biggest sporting event will come in handy as you build the world’s best soccer team. It works just like other fantasy sports games. You choose the best players that you want for your dream team, as long as they fit within the set budget. You can compete in any of the world’s best leagues, including the English Premier League, Spain’s La Liga, Germany’s Bundesliga, Italy’s Serie A or France’s Ligue 1.

Once the leagues actually start by August, you’ll receive points based on their performances on their respective teams. You will also be able to compete with your friends (or even complete strangers/fellow football lovers you meet online). You and your friends can also create a private league and compete with one another (up to you what you’re betting on). And don’t worry, even if the only players you remembered from the World Cup were Lionel Messi or Mario Goetze, the app will help you get to know other players by giving you their profiles and stats from last season.

You can manage your team roster across all your devices and even the web version. Download Yahoo Sports’ Fantasy Soccer app from the Google Play Store for free.