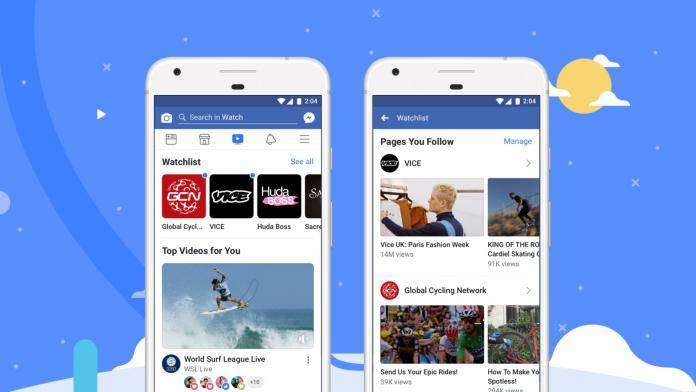 A year ago, Facebook launched a new product called Watch which ambitiously wanted to go up against YouTube and maybe even streaming giants like Netflix, Hulu etc. It was part of their push for videos, which is also evident on your feed if you’ve noticed. It was only available in the US and so had a pretty limited but probably substantial audience. Now it looks like they’re ready to go full blast as they announced that it will now be available everywhere so people can “discover great videos and interact with friends, creators and other fans.”

Basically, Watch is a place on Facebook where you can watch videos from accounts that you follow and also publishers that are focused on videos. It spans entertainment, sports, news, and other things that it thinks will be interesting to you. Your Watch feed will have a Watchlist show you videos of the Pages that you follow but expect that they will also be recommending videos to you. You will also be able to find videos that you saved for watching later here in your Watch feed.

They also have original programming which is where the “maybe we can compete with Netflix” comes in. They announced today a 10-episode drama series called “Sorry For Your Loss” starring Elizabeth Olsen. They also cited some other programs Red Table Talk with Jada Pinkett Smith, to beauty mogul Huda Kattan’s behind-the-scenes show Huda Boss, to live Major League Baseball games. Expect more creators to get on board as they will be expanding their Ad Breaks program so they can monetize on their content and audience.

Facebook is also looking into making Watch more interactive and participative. They previously launched Watch Parties for groups so you can watch videos together, Premieres, and even videos that are focused on audience participation. They have a new trivia game show called Confetti which lets Watch viewers join.

Facebook is starting to roll out a Watch icon in the shortcut bar or “more” of the Android apps. You can also watch it through Samsung Smart TV, Amazon Fire TV, Android TV, Xbox One, and Oculus TV.