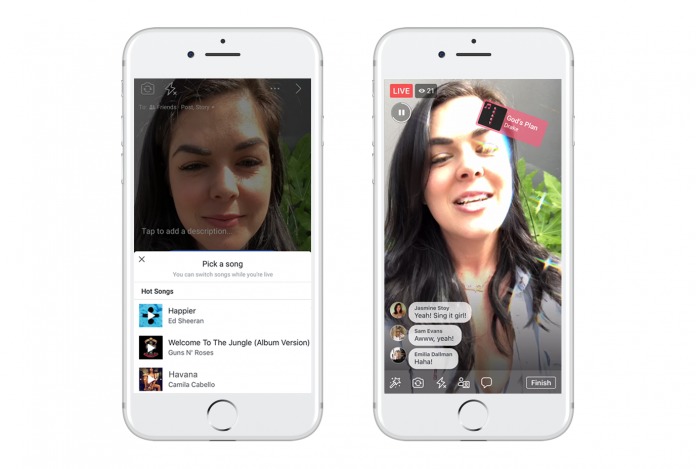 If Facebook actually had its way, you would never leave their site and app. They have added all sorts of things to keep you there, from more social features to changing the algorithm so you will see family and friends more to experimenting with various video features to pushing Live content to creating original content to appeal to its users. And now it looks like they’re also making a big push for music by letting users share videos with music that they want and even encouraging them to sing along to their favorite tunes, karaoke lip sync style. They also made a promise to explore even more ways of bringing music to the social network.

Probably most of Facebook users have experienced uploading a video including their favorite song or the most appropriate one for the video, only for it to be muted or blocked because you’re using a copyrighted song. This was also applied to music playing in the background of your video. Good thing Facebook recently inked several deals with major record labels like Warner, Universal, Sony, etc as well as several indie labels that would let their users add their music to videos without getting blocked. The labels and artists in turn would be compensated every time someone uses their music, although Facebook hasn’t really said how much that would be.

When you upload a video with some music, you’ll be notified if the song is allowed under their new rules. If it’s not, then like before, it will be muted or blocked. You can always appeal if you own the copyright to the song through the Facebook Right Manager tool. What Facebook lacks at this point is a tool where users can actually choose copyrighted music to add to their videos, for those who don’t have a video editing tool at their disposal. They have something like the Sound Collection feature which lets you add sound effects and “generic” no-name music to your videos before uploading, but obviously, that isn’t the same.

If you are a fan of lip-sync and video sharing app musical.ly, Facebook is adding a new feature called Lip Sync Live which basically lets you do the same. When you start a live video, you can choose the lip sync option if you feel like grooving to your favorite song. You can select one from the song list, which includes current hits as well as old-school, all-time favorite ones, add a description, and even add stickers and face masks if you feel like it. Then start your broadcast and those watching will see the artist and song highlighted and they will be able to follow the artist on Facebook if they like his or her music.

Facebook isn’t done with musical features as they are looking to add “more ways to bring music” to your feed. One of the things they’re working on is to let users add music to their Stories. We don’t think the Menlo Park company will go so far as creating their own music streaming service, but you never know (hello YouTube Music!)