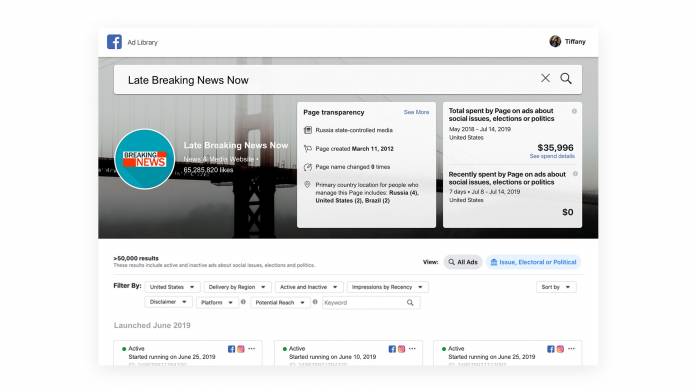 We’re still a few months away from the U.S. presidential elections but Facebook is already trying to salvage what little reputation it still has left. They have announced that they will now be labeling state-controlled or heavily state-influenced media that post content on their platform so people are aware of where the information they are getting is coming from. This is one of their moves after heavy criticism in the role they inadvertently (or deliberately ?) played in the 2016 US elections.

This label was actually promised late last year but has come to fruition only now, a mere five months before what will surely be another contentious presidential election. During the previous one, Facebook was accused of helping spread misinformation by not policing them enough. A lot of this misinformation was actually traced back to state-controlled media. And now the social media giant is still facing a lot of flack in relation to the recent happenings in the country, with some of their employees even criticizing management openly on how they’re handling things.

It may not solve all their problems and issues just yet but Facebook seems to want to make it clear where your information is coming from. They will be displaying labels indicating that a page is state-controlled or heavily state-influenced. You will see these the labels in the Ad Library Page view, on Pages, and in the Page Transparency sections. They have consulted with 65 experts to come up with a policy criteria, which may not go down well with some people and countries.

Basically, what happens is Facebook will investigate media and content creators and see if a government is exerting any influence on a media company, financially and through laws as well. They also take a look at things like editorial guidelines, transparency policies, and even organizational structure. After reviewing all of that, then they will receive a label that they are a “_______ (insert country name) state-controlled media”.

Of course, those organizations and publishers will be able to appeal if they believe they have been unjustly slapped with the label. But they will have to show evidence that they have editorial independence from their government, and that may be difficult for some of them to do so.