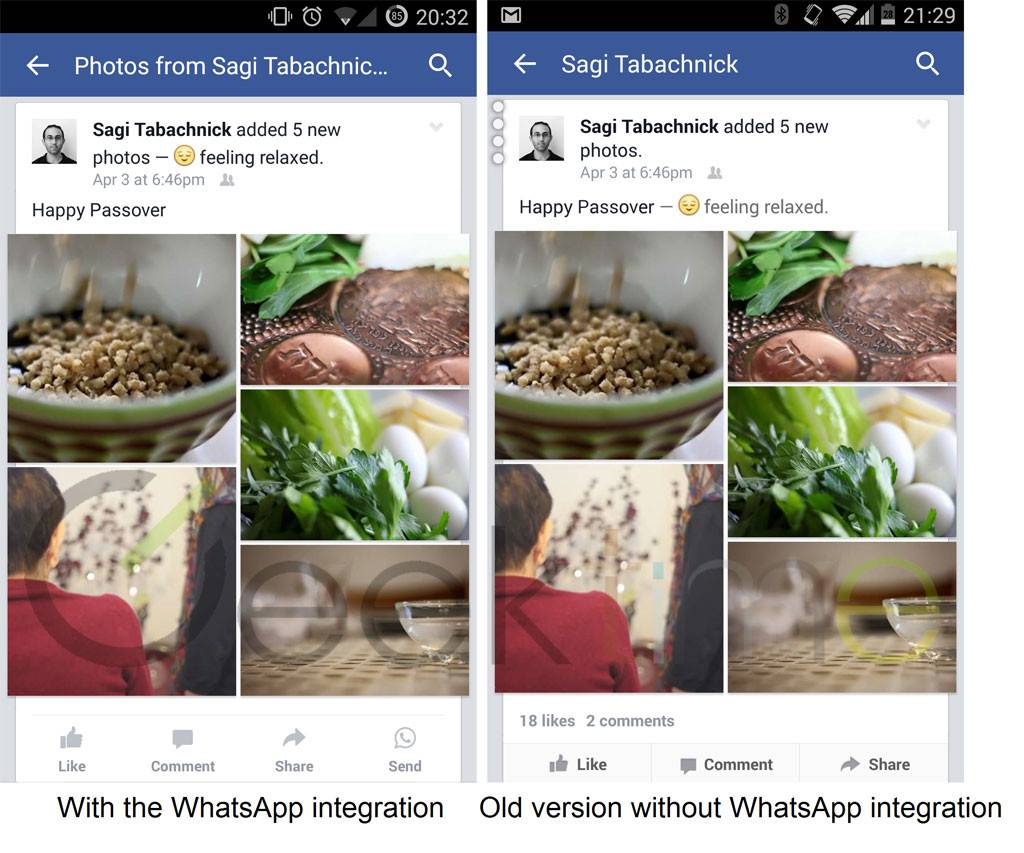 It’s been a little over a year since Facebook bought messaging app WhatsApp into its stable of acquisitions, but we still haven’t seen any sort of integration or even connection between the two. In fact, Facebook has been pushing its own Messenger, especially after opening up the platform to developers. So what does the social networking giant plan to do with WhatsApp? Well, apparently, we’re already seeing a small integration, at least for the Facebook Android app.

Images on a tech website (which also “uncovered” the free voice calls of WhatsApp a few months back) shows that the soon-to-be released Version 31.0.0.7.13 of the Facebook Android app will now include a Whats App icon as an option in the status actions button. These are the “like”, “comment”, “share” buttons. And when the update comes out, apparently, you’ll also have a share on WhatsApp button as well. Some users should already be seeing this in their latest update. 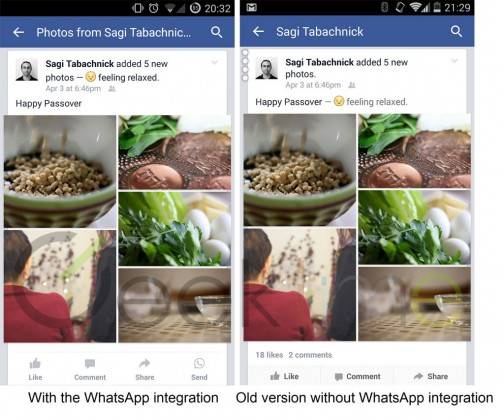 This is great news for those who are using both Facebook and WhatsApp for their communication needs, but we’re not yet sure if this will be beneficial for those who are just using one of those too. And since Facebook has made messenger fun again, with all the built-in apps they’ve introduced, we wonder what place WhatsApp will eventually have in their whole eco-system.

Rumors are also going around that the developers from both sides are trying to see how they can deeply integrate the two social networks. They might even be considering the ability to send messages across both Messenger and WhatsApp. Now as to why you’d still want to use both, that is something we’d have to wait and see.