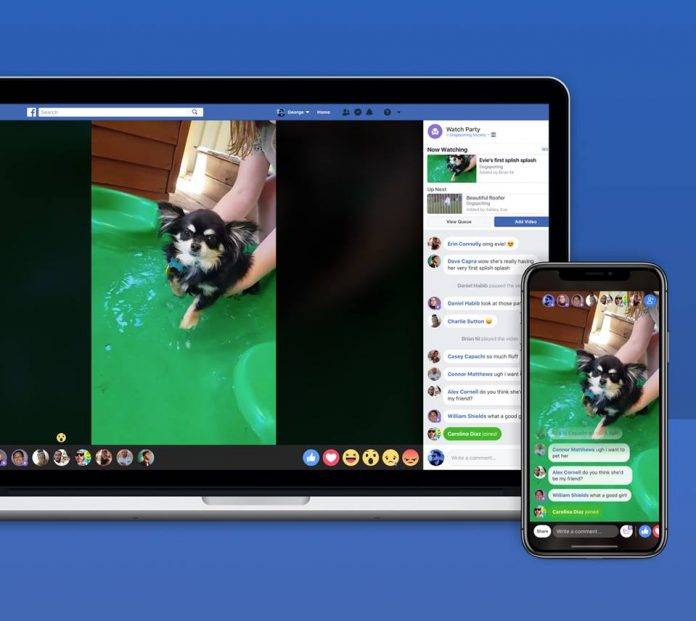 If you belong to any of the gazillions of Facebook Groups that are on the social network, every once in a while, you probably think of things to do together. Well, Facebook thinks that activity should be watching live or pre-recorded videos together. They are now testing out a new feature called Watch Party to several random groups. While the idea of watching videos together isn’t really new, it’s the first time it’s coming to Groups that have been selected to try it out.

Basically, what the feature does is to get all the members of the group to watch a video together in their group page. They will be able to comment and interact while the video is ongoing. You can add any public Facebook video, whether it’s pre-recorded or even Facebook Live broadcasts. While a Watch Party is going on, you’ll see a widget on the group page and when you join it, you can see the video that all other members are already currently watching.

If you’re watching on your mobile device, the comments will come out overlaid on the video but if you’re on your desktop, you can see it on the right side of the screen. The shared viewing experience is something that people do on other social networks like Twitter, but here, you are sharing it with people you know or at least interact with on your Group.

The beta testing of the Watch Party feature was made a little after the major announcement that Facebook was changing its algorithm to let you see more of actual people on your timeline rather than just brands and publishers. Let’s see how the feedback for this new Groups feature will go and if it is something that can be useful for users and maybe even brands.