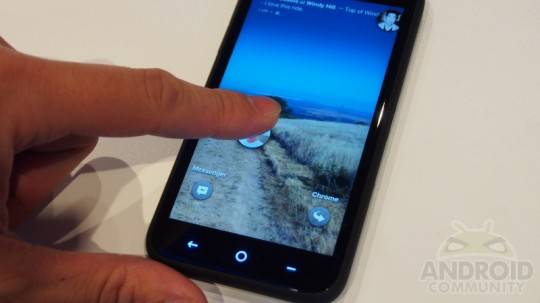 Introduced last year, Facebook Home was an attempt by the social media giant to make a home on your smartphone. Though derided by users and critics alike, Facebook considers it a successful first pass at Android. While many expected Facebook to drop Home altogether, they won’t be.

Engineering Director Jocelyn Goldfein recently spoke to Venture Beat about Facebook’s mobile initiatives, and made a point to convey just how much Home means to them. “We’re still very bullish on Home. We’re not done with Home” she said. As for the criticism, she attributes that to success. “I think we did a really good job with the polish, which is part of why I think it got such almost fawning coverage at the outset. But I don’t know that we made it valuable to users from the outset” she said, while also adding that “I think part of the problem is launching with such fanfare at [version] 1.0. No startup launching at 1.0 would get that much coverage”.

While most users immediately dismissed Home as an obnoxious overlay to Android, getting in the way more than it made things better on a device, Facebook is sticking with it. Goldfein can admit that it may have not been the ‘valuable’ service Facebook had hoped for, and that a second pass likely won’t see such a quick launch. Though they continue to update Home, Facebook won’t be pushing it until they feel they have provided something intrinsically useful, according to Goldfein. “It’s not like we just need to market it better, or distribute it better. We actually are consciously not trying to do those things until we feel like we’ve really built something that’s really valuable” she said.

With Paper, we found something fresh about Facebook. Though not yet available for Android, Paper proves Facebook’s mettle. If we can get the same or similar polish with Home that we did with Paper, Facebook may be slowly consuming the mobile space we occupy.