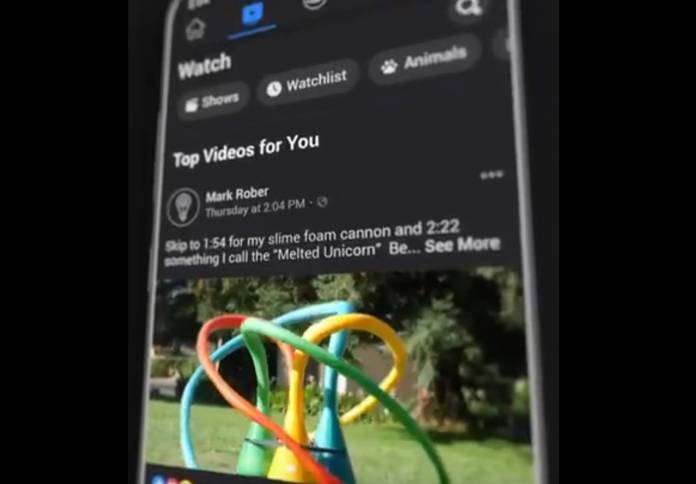 It took them some time to get here but finally Facebook is testing out a dark mode option for their Android mobile app, months after they had it for the desktop versions. This time around, your smartphone and tablet apps will finally have the chance to turn dark for the sake of your eyes and your battery although it looks like it’s only rolling out to a select but wider number of users. No news yet when it will get a stable rollout for everyone who has the mobile app.

App researcher and tipster Jane Manchun Wong tweeted out a video that she made in collaboration with someone from Facebook about the dark mode option that some users will now be able to see on their settings. Basically it’s a conversation between two people making the announcement that the dark mode is finally rolling out to select users and then showing off how it looks like in the smartphone app.

You asked it, I chatted with Facebook’s @alexvoica about it and here’s a video made in collaboration with Facebook! pic.twitter.com/TGjdTXDxoP

The dark mode option has been available for the desktop version for months now as well as with other mobile apps from the company including WhatsApp and Messenger. But for some reason, the main Facebook app took longer to incorporate a dark theme, which some consider to be less stressful on the eyes especially when using it in a low light situation. It can also conserve more of your battery as it uses less light.

If you’re part of the test group, you should see the dark mode option on the Settings & Privacy section when you tap the more menu on the top navigation. If you’re not seeing it yet, unfortunately there’s no way yet to force your app to have it. But if you do see it, you have the option to turn it off, on, or adapt to the system option which your phone is currently running.

There’s no news yet as to when this will officially roll out to all Facebook mobile users. But at least we know we’re one step closer to having the option to switch to dark mode.