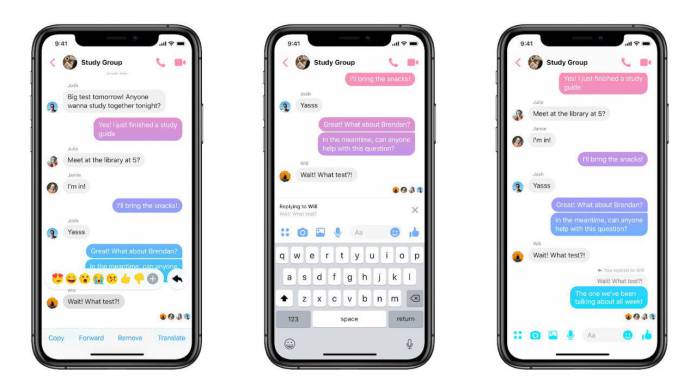 When you have a lot of online conversations going on and each thread is pretty active, it can sometimes be hard to keep track of all the things going on. Some messaging apps have already brought the quote reply feature but mostly it’s for those apps that are for productivity or for enterprise use. One of the most popular apps of course is Facebook Messenger and while you probably would not use it for those purposes, they seem to be rolling out the feature all the same.

Whether you use it for leisure or for work, it’s pretty useful to now have this quoted replies feature that has already started rolling out to some Android users. Basically, you now will be able to have threaded messages within your conversations making it easier to follow and reply to things that need your attention, especially if said thread has been going on for some time already.

To be able to quote reply, all you have to do is long press on a specific message in the chat and you’ll see the reply arrow. Type away and then enter. It will appear as a message in the thread but the original message that you replied to is now quoted in smaller grey text. It will make it much easier to follow the conversation especially if there are a lot of people involved and when the messages are flowing quickly.

You can reply to messages using text, images, emoji, videos, and GIFs, just like you would any other message previously. This is just the latest in new features that Facebook has been introducing to Messenger, like the much-awaited unsend option. They have to quickly catch up with other feature-heavy messaging apps like Viber, WhatsApp, Telegram, etc.