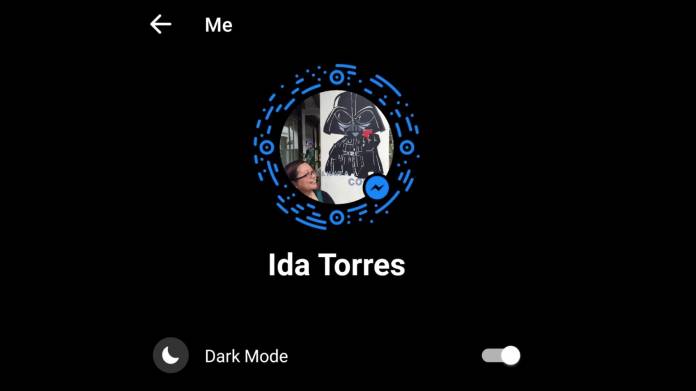 Just last month, users of Facebook’s Messenger app were pretty excited when they figured out there was a way to finally enable the dark mode. All you had to do was to send an emoji of the crescent moon to one of your friends or even to yourself. But of course that was just an Easter Egg that not everyone knew. Now, the social network giant has finally rolled it out to all users and you don’t need to send any emoji to activate it.

If you’ve been living under a digital rock, dark mode is the darling du jour of almost everyone who owns a smartphone and who uses their device way into the night. Having a phone or even an app that has a dark mode not only lessens the eye strain we experience during these moments, but it also helps lessen battery usage (or so they say). Some say having a dark mode also helps you get to sleep faster during times when you’re supposed to be sleeping instead of mindlessly scrolling.

Now Messenger users will be able to choose between the regular “bright” option of the app or a dark interface which replaces the bright background with a darker one if that is what you want to have at the moment, either for low light conditions or battery saving options. Facebook says it’s for getting rid of the brightness in dark environments and still maintaining its “contrast and vibrancy”.

To enable the dark interface, open your Messenger app then go to your profile image that’s on top of the left corner of your screen. Under your user name, you can see a new thing called “Dark Mode”. You’ll just have to toggle the feature to switch to the dark mode and then toggle it again to go back to the white background.

As to whether the Facebook app itself will be getting a dark mode, it’s still not clear at this point. But we won’t be surprised if it will eventually offer one since most apps are offering this option as demanded/requested by users.