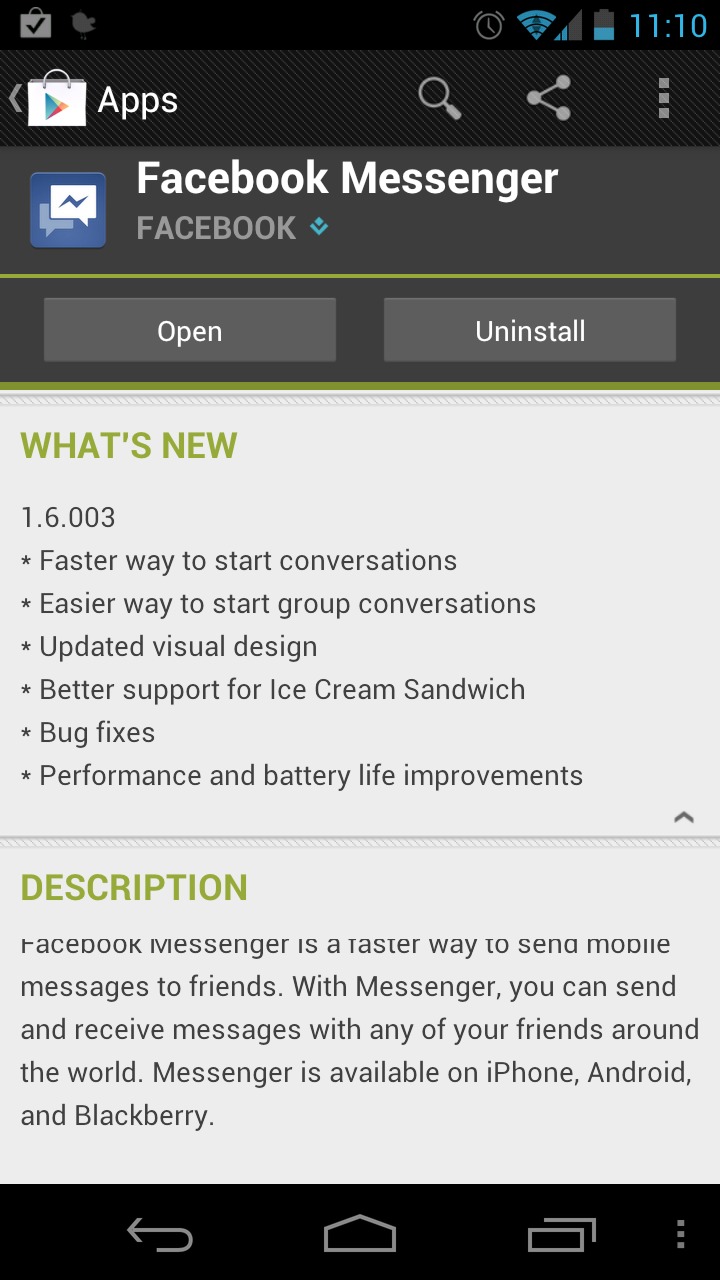 In case you don’t want to use the often buggy and slow Facebook app for Android, they’ve also released another app called Facebook Messenger. While it received big attention when first released I’ve not seen much since then, but Facebook has just updated the app and it has a bunch of improvements and a better, easier to use interface.

As you can see from the screenshots above they’ve added tons to the “what’s new” tab. Bringing many new features to the application to help things be quicker and easier. Something the regular Facebook app needs dearly. While they’ve not completely went the Ice Cream Sandwich user interface way, they are making some progress. You can see the design UI hints from the middle screenshot shown above.

Overall the new interface hasn’t changed too much. The graphics are crisper, and things look better on Ice Cream Sandwich devices such as the Galaxy Nexus. One big change is the faster shortcuts for starting Facebook conversations. You can instantly start a convo with the icon up top, and group conversations are simple as you just hit the + and add who you’d like to chat with.

As usual, Facebook lists performance and battery life improvements, as well as bug fixes so things should be smoother and more stable for those that use Facebook Messenger. Get the new app from the link below and enjoy chatting with those friends and family. Don’t forget to like and follow us at /Android Community.