Ever since Facebook decided to push its Messenger app as a stand-alone product, they’ve been really going all out in making sure that it can be used not just by the huge Facebook database, but even those who have no desire to be on the social media giant, but also want to keep in touch with loved ones, colleagues, classmates, etc. They are now testing out another new feature which may see the messaging app add an “Add Contact” button to it eventually.

Buzzfeed says that Facebook confirmed with them the existence of a test rolling out to selected users wherein you will be able to Add Contacts to your Messenger. Of course, you already can send messages to other people even if you’re not Facebook friends, through a message request, but sometimes, people don’t actually see this and it gets buried in the “other inbox”, hence people totally miss it (or maybe deliberately miss it too!).

The Add Contact button will supposedly function just like with any other messaging app that lets you add contacts either through their number or username. If that person is on Facebook (and you are also), it won’t necessarily make you Facebook friends. This is pretty important for those who want to keep their social networking life and messaging life separate. 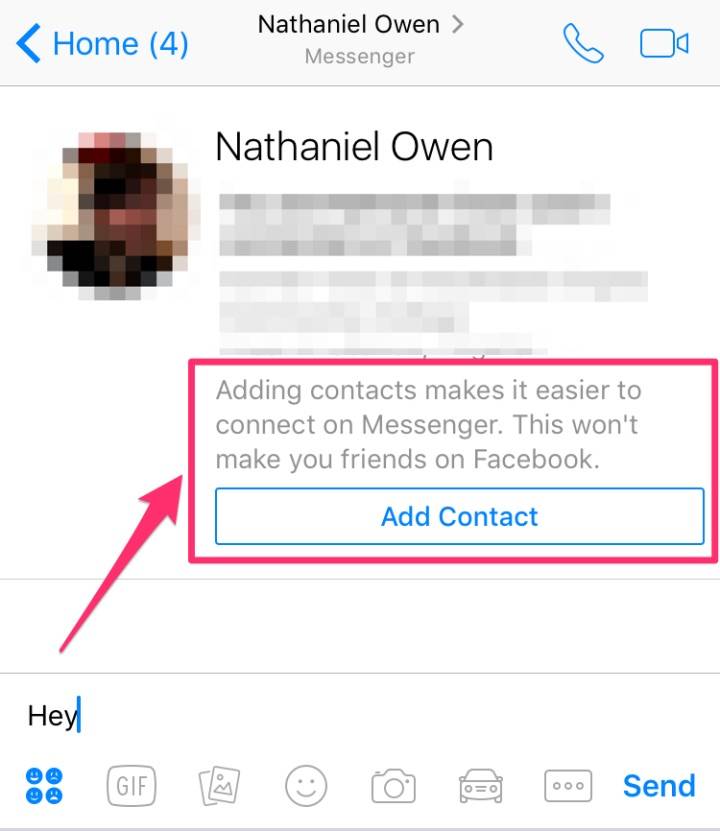 There are already a billion people that have signed up for Messenger but we don’t know what percentage of it will have the Add Contact button for now. If you do have it, tell us about your “experience” using it.