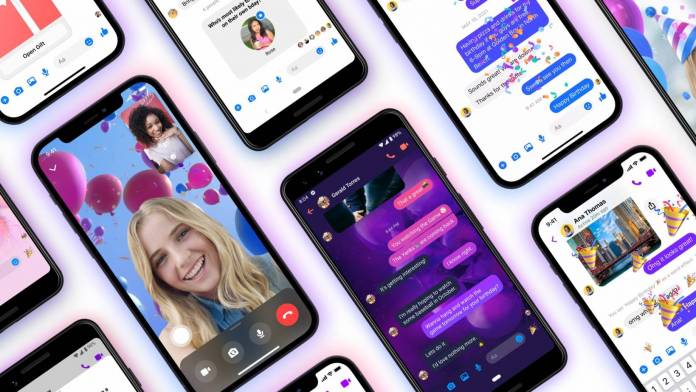 Can you believe that it’s been 10 years since Facebook Messenger came into our lives? It has gone through a lot of changes including becoming a stand-alone app and now arguably the most popular messaging service in the world. To celebrate this milestone, they’re introducing some new features, a lot of which are birthday-related of course. You get to play “most likely to” in a poll with your friends and you can send cash as birthday gifts to friends. Plus you get new birthday soundmoji, AR effects, stickers, chat themes, etc.

Poll Games is a fun way to ask questions in a group chat and the first one is the “most likely to” which all members can vote on. Go to Polls section and select the “Most likely to” tab and a random question will show up. If you don’t like it, you can tap the button next to it to bring up another question. All members of the group are the potential answers so you all get to vote once. Questions include “most likely to miss their flight”, ‘most likely to have a secret identity”, “most likely to color coordinate their closet”, etc.

If you’re in the US, you will be able to send cash as birthday gifts to your friends with the message virtually wrapped and accompanied by virtual balloons. The cash will be immediately deposited to the bank account connected to the Facebook Pay account. You’ll be able to send a birthday gift when you tap the button on your friend’s birthday post either in the news feed or directly on their profile. There’s also now a birthday chat theme, a Birthday Balloon 360 background, and a Birthday AR effect.

In non-birthday news, there is now an easier way to share Facebook contacts with other friends on Messenger. Tap on the contact you want to share, go to the chat settings, and tao Share Contact under More Actions. There is an upcoming feature called “word effects” where you can pair an emoji with a specific word or phrase and it will show an in-chat animation that will liven up your group chats. They didn’t exactly say when this will appear but it’s “in the near future”.

The poll games, birthday effects, and birthday gifting features are now rolling out, with gifting only available in the U.S. These features are also mobile-only for now, with no plans mentioned to bring it elsewhere.