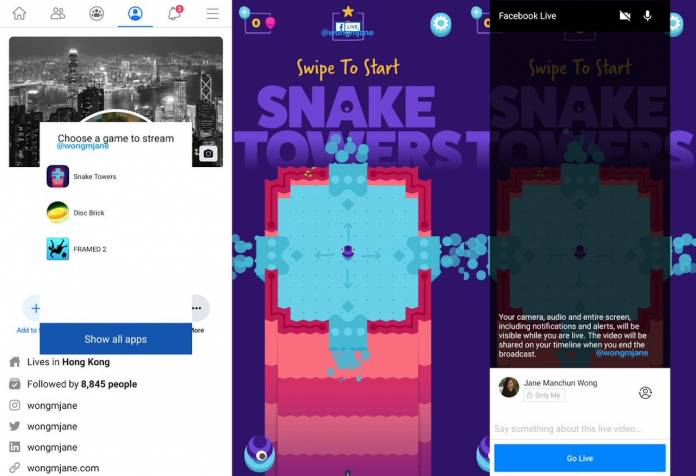 Did you ever wish to be able to stream your Android games on your favorite social media platform? No? Well Facebook thinks you do as it seems like they are working on a new feature that will let you stream and play games on their platform without having to install anything else or have a “special setup”. Well, of course, that’s assuming that your laptop or computer is not that old and outdated and can handle more complicated cloud computing.

Noted app researcher and tipster Jane Manchun Wong posted on Twitter that Facebook is already working on letting users stream Android games on the platform. It looks like it’s still in then early stages as we don’t have much information about it yet except for the screenshots that she posted. More often than not, her leaks and tips are right, mostly because she reverse engineers apps to discover those hidden or upcoming features.

There are sites like Mixer and Twitch where you can stream games already. But if Facebook streaming for Android games becomes a reality, then you wouldn’t need to install a different app. You probably have Facebook already installed there anyway so it will be more convenient. Facebook Gaming already has some game streaming available already so this isn’t something new and they may already have the infrastructure for this.

While most devices will be able to support this, older devices may struggle to run these especially if they have outdated software. Even the least “demanding” indie games may not work as well if you have older laptops, computers, or tablets so don’t expect that you’ll be able to play as well the bigger titles that you may want to stream from Android games. But it will still mean you don’t have to do a “fancy setup” to play games.

Let’s see if we’ll have news soon about whether this feature will push through or not. We’ll probably hear from Wong again soon if she will be able to discover any more hidden news about this.