As 360 cameras continue to be more affordable and accessible, we will probably see more apps and services offer related features to their users and more people adapting this “well-rounded” view of the world. Facebook’s Live 360, a combination of the Facebook Live and the 360 photos/videos you can upload to the network, has previously been available for select users since last December. Now they’re rolling it out to everyone. Well, to everyone who has a compatible 360 degree camera that is.

Whether you have a profile or a page for you or your business and you have any of the cameras that are supported by Facebook, then you can now include a 360 degree view when you do your Facebook Live sessions. It’s also pretty simple to do it once you’ve got all the necessary equipment (and also the content and connectivity). Log in to your Facebook account, set your post privacy, write a short description of what you’re about to broadcast, then go live. You’ll be able to see all the comments and reactions while you’re live through the camera interface. 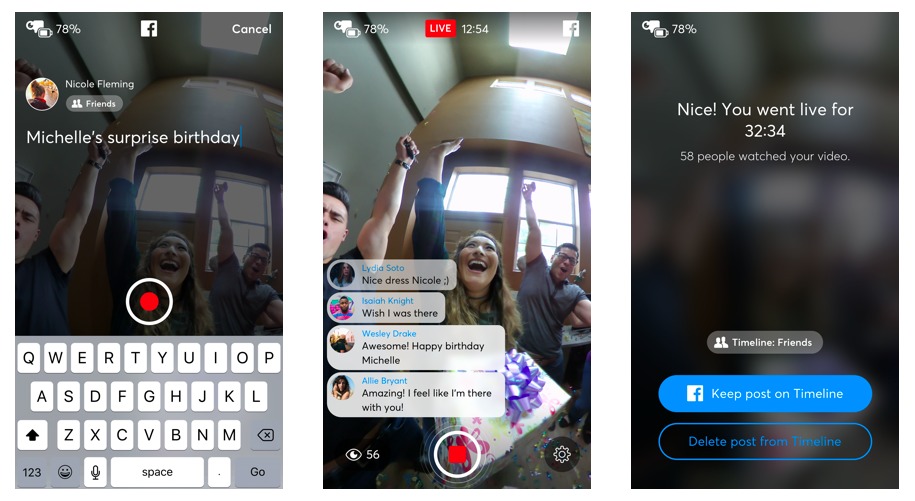 Facebook is also bringing spatial audio into the, well, picture. Cameras will soon be having this feature and when they do, you will be able to broadcast video and audio and experience it both in 360 degrees. They will also be introducing spatial audio manually through an ambisonic microphone so even if you don’t have yet a camera with that tech, you will still be able to give viewers an experience like they’re still there.

So far, the compatible cameras include the Samsung Gear 360 (2017), Giroptic IO, Insta360, ALLie camera, and if you’re in the more professional route, you have the Z Cam S1 and the Nokia Ozo. Hopefully, they’ll be adding more to this list, especially the more affordable and user-friendly 360 cameras.