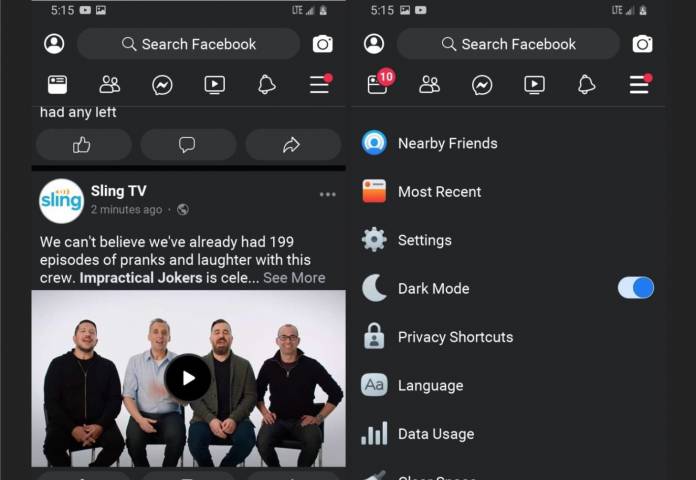 While your phone and most of the apps there have been sporting a dark mode option for a few weeks or months now, one app that still hasn’t officially released its own is one of the most used apps on our devices: Facebook. Well they have finally seen the light, or rather, the opposite of the light as they are rolling out a dark mode for an official app. However, it’s not the one that we’re probably waiting for. Those who are using Facebook Lite will be the ones to get the dark mode first ahead of the main app.

According to Android Police, the Facebook app actually started testing a dark mode option for selected users back in November but it was only for a limited number of users. There were actually more Facebook Lite users that were seeing this option for their app but it still wasn’t that wide of a rollout. But now it looks like they’re bringing it to most of its users and over the next few weeks we’ll see it be available for all.

If you’re not so familiar with Facebook Lite, it’s a lightweight version of the Facebook app that was created specifically for regions that don’t have good connectivity. But some also use it if the main app is a bit too heavy for their device and they just want to have the basics of Facebook without all the other frills of the full app. It’s probably understandable why Google would roll it out here first given the “erratic” implementation they had on the main app during the test period.

If the update has rolled out to your Facebook Lite already, tap on the hamburger menu at the top and then scroll down until you see the Dark Mode toggle. It’s just below the Settings option so it should be hard to miss. Once you toggle it on, the app will switch to a gray user interface, hopefully including all the different sections within the app. Some actually got this toggle early in January for version 181 but now it’s rolling out with version 186 for all.

As to when we will expect the main app to get the Dark Mode, that remains to be seen. There’s no announcement or rumor yet so we’re probably not getting it anytime soon. Get Facebook Lite first if you want to have dark mode right now.