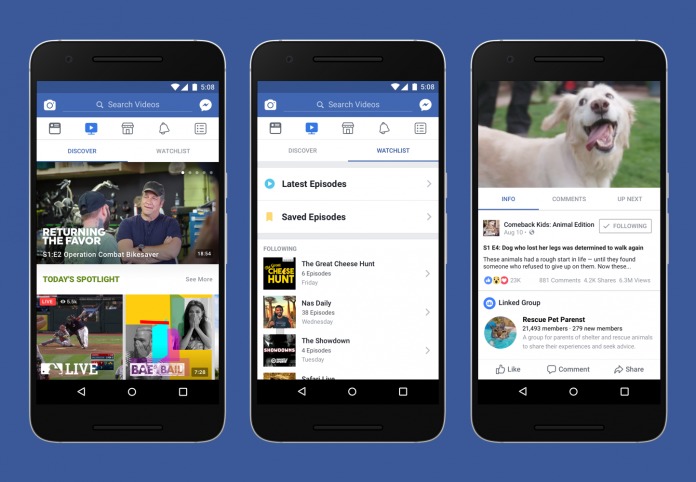 We all expected this to happen eventually, but Facebook has now made it official. They announced that they are launching their very own video platform called Watch. Although it’s still on a limited rollout and some of the details aren’t yet very, well, detailed, this is something that both users and content creators will probably look forward to. This is also part of the social media giant’s push towards original video content as evidenced by the features that they’ve been bringing to the main app.

Basically, this is a new platform and app that will be separate from the main Facebook app. From the name itself, it’s really all about videos. In their official announcement, they said it will be available on mobile, desktop, laptop, and even TV apps. Users will be able to watch “shows” either live or recorded, which will follow a theme or storyline. Theses videos will be organized as to what your friends and communities are watching. There will be sections like “Most Talked About”, “What’s Making People Laugh”, etc. You will also be able to see comments and reactions of your friends who are watching these shows.

What’s not clear yet as to whether these will all be original content from chosen publishers or whether any content creator will be able to upload their stuff as well. They did give a few examples of the kinds of content that will be available, like shows that will create engagement, or those that will allow personalities to reach their community, as well as videos that have a narrative arc to them.

Watch wil launch its full range of programming by August 28. It will be available to a limited group of users in the US but will rollout to a wider audience soon. Are you excited for this new platform or do you think YouTube and other video streaming services are already enough to satisfy your video needs.