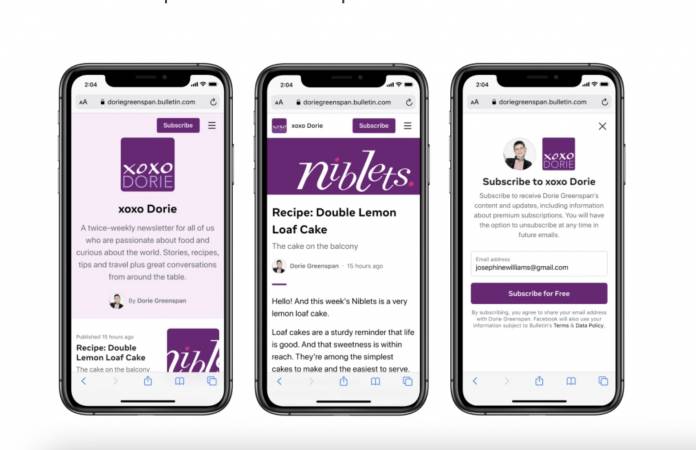 In response to “what’s happening in the media ecosystem”, Facebook has launched its very own, standalone newsletter platform called Bulletin. They describe it as a “set of publishing and subscription tools” that will support independent writers who wish to publish their content on a medium that is not part of the mainstream media platforms. At launch of its “closed beta”, they have invited some pretty big names like Malcolm Gladwell, Adam Grant, Mitch Albom, Erin Andrews, and Tan France with more to come on board.

Think of Bulletin as a combination of Medium and newsletter subscription platform Substack. There are some content that will be free while some are behind a paywall and can be accessed when you subscribe to the writer. Each of the creators will get their own customizable website and they can include multi-media embeds on their articles as well as other styling options. For now, this seems to be an invite-only thing on the side of creators but they will probably eventually open it for sign-ups.

For the monetization part, all of the subscription revenues will go to the Bulletin writers, at least for now. They can offer a wide range of subscription-based features including content, commenting abilities, and even access to exclusive Facebook Groups. There are also analytics tools for the writers so they can better understand their audience. Facebook says they offering a multi-year licensing deal for the writers to give them time to build an audience.

This is probably one of the few forays of Facebook that is outside of their main app although they will of course use social media for discovery and distribution. Bulletin content will appear on the News Feed and will be integrated with Facebook Pages. Writers can use tools like Facebook Groups, Facebook Live, or Live Audio Rooms to build their communities. They’re also offering support for other things like legal, design, and even financial services.

You can already visit Bulletin.com and see their initial offering of content which is actually pretty robust. Let’s see how this will be received by the public and the “media ecosystem” that they are supposedly challenging.