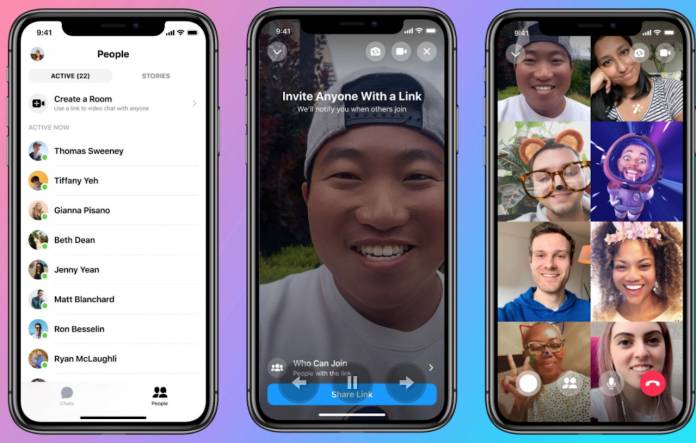 Video conferencing apps are probably some of the most popular apps right now since people are either working from home or keeping in touch with loved ones digitally. Zoom is the one that you mostly see but Facebook wants a piece of that pie. They have announced the launch of Messenger Rooms, a new group video chat feature that lets you invite up to 50 people into a call. While it’s probably created for personal use, that many participants can also be used for business or webinar reasons as well.

Facebook describes Messenger Rooms as a way for you to “spend quality time with friends, loved ones and people who share your interests.” You don’t need to download and install a different app or even an app extension but it can be created and seen directly from your Messenger or Facebook. You can also invite anyone to join in on your video call, even those that don’t have a Facebook account. There can be as many as 50 people in a room, which is still few compared to Zoom and Skype, but is manageable enough.

Any Facebook user can start a room from their News Feed, Groups, and Events and from Messenger itself. You can join from your computer or from your smartphone but if you have the Messenger app, you can use some things like AR effects, immersive 360 backgrounds, and mood lighting. Soon they will also be adding the ability to create Messenger Rooms on Instagram Direct, WhatsApp, and Portal.

But since this is Facebook, there are a lot of security and privacy concerns as well. In a livestream, Mark Zuckerberg says they have learned their lessons from other video conference tools’ lapses and they have various privacy protections in place. Creators of the rooms can control who sees the room and can also lock and unlock it, depending on their preference. They can remove participants any time and people can report a room if it violates Facebook rules. Most importantly, Facebook says they’re not listening in or watching your Messenger Rooms chats.

This new video chat feature is rolling out to selected countries this week. It will be available globally over the next few weeks. The feature will also be updated with other tools like camera filters and changeable backgrounds, so watch out for more announcements soon.