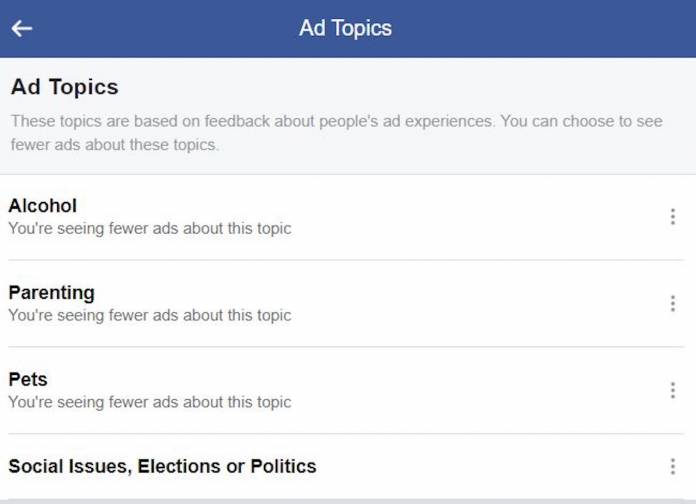 The November presidential elections in the U.S. is still a few months away but expect things to heat up even more especially on social media. It’s not just the posts from people on both sides but we’ll also probably be bombarded by political ads on Facebook and Instagram as Mark Zuckerberg and co still haven’t learned their lesson. But at least now, they’re offering users the option to opt out of seeing political ads, election-related ads, and social issues ads (that are probably connected to the first two).

Facebook actually announced this upcoming feature last month, letting U.S. users know that soon they will be able to opt out of seeing “all” political ads on their feed. That day has now finally come as Rob Leathern, Facebook’s Director of Product Management posted that the US rollout for Facebook and Instagram as well has now been completed. There’s a disclaimer that there may still be some that will escape the filter but you can report and flag it.

To opt-out of these things, you can go to the Preferences settings and head on over to the “Sensitive Topics” section. You will now see a new option under Ad Topics which says “SocialIissues, Elections, or Politics” and then select the “See fewer ads about this topic”. So really, you’re not removing all of them but at least you can flag something if you see it on your feed. Click the top corner of the ad and then report it.

If you haven’t opted out yet and you see a politically related ad, you can click on the small information on them and then pull up the menu to see the option to see fewer of those kinds of ads. However in our previous experience with using the see fewer ads option, you will still get several of those kinds of ads so you’ll have to be prepared to do a lot of reporting until their algorithm learns it or something.

The presence of political ads on Facebook has been a source of controversy for some time now, especially because of their initial refusal to censor posts from politicians or powerful figures (like the U.S. president) that sometimes post fake news or harmful stuff. This is probably their way of letting users have a say without necessarily giving up their cash cow. It will eventually roll out in other countries as well.