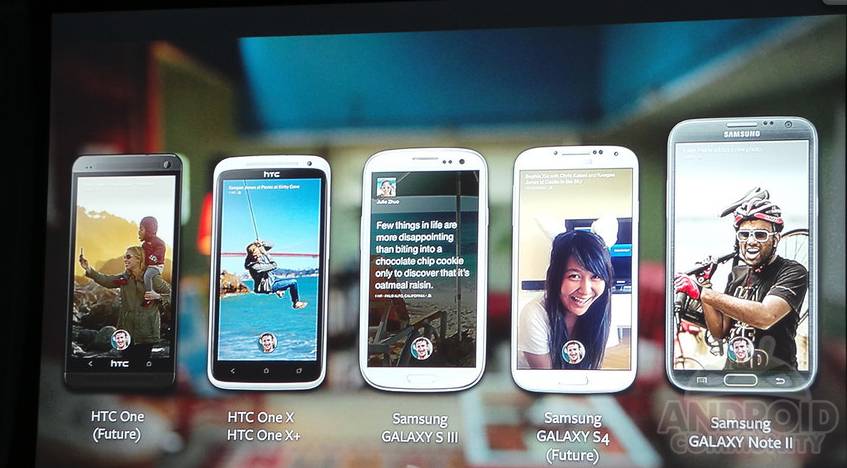 So you don’t want a new smartphone and are happy with your Samsung Galaxy S III or a newly purchased HTC One, how can you try Facebook Home? Well, it will be available in the Google Play Store come April 12th as a free download. There’s a few caveats though. It won’t support all devices, at least not at first, but Facebook promises monthly updates and support for a wide array of smartphones and tablets coming soon. Read on to find out what devices, and when.

While we can’t be sure of Facebook‘s full plan yet as they didn’t reveal all of the details, we have a pretty good idea. Obviously HTC is a partner here with the HTC first – the first Facebook Phone, but we’re also expecting Samsung to play a large role. The reason being Samsung is the most popular Android manufacturer, and Mark Zuckerberg confirmed so right on stage with the image you see below. Samsung will be a launch partner as well as HTC and a few others.

Facebook outlined (as you see above) the HTC One, HTC One X and X+, as well as the Galaxy S III, upcoming Galaxy S 4, and then the Galaxy Note II. At least these are the initial devices they’ll support. Then according to what we’ve learned live at the event Huawei, Sony, ZTE, Lenovo and more will all partake in the fun. 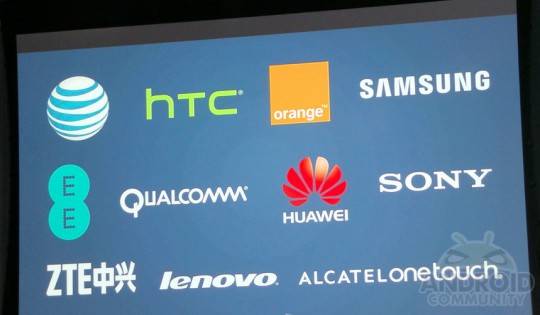 It looks like a few recent HTC and Samsung devices will all get first dips, and the rest will eventually be supported in future updates. Mark Zuck promised monthly updates with more device support, bug fixes, and new and improved features to arrive at a rapid pace. Sadly there’s no tablets involved. They think the experience will be amazing on 7 and 10-inch displays, but need a few more months to perfect that – so stay tuned for more details.

Hands-on is coming up quick so don’t go anywhere. Are you sold yet? Or will you stick to Twitter and Google+?