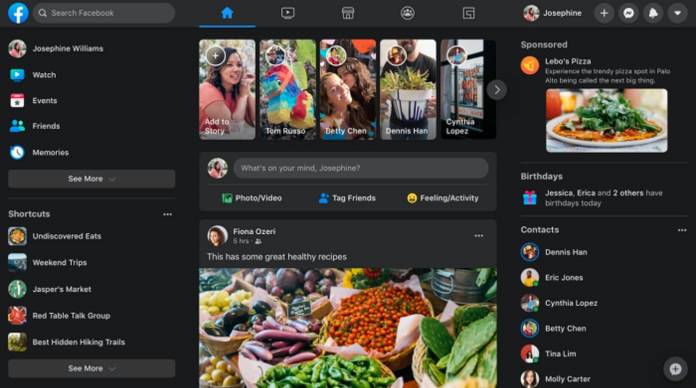 Facebook may be facing a lot of bigger problems right now with major advertisers pulling out and getting bashed by users and non-users alike for refusing to address hate speech on the platform. But one thing that they may be putting to bed soon is a much-requested feature that has surprisingly not been brought to the mobile app version: dark mode. They have now confirmed that they are finally testing it out for selected users a month after bringing it to the desktop version.

The Verge shares that a Facebook representative has confirmed that they are indeed testing this feature out. Users who are part of the random test group have been tweeting out screenshots of what it looks like on their mobile app. They said it’s meant to “cut down on glare” especially if you’re in a low-light situation like before going to bed or when you’re in a dark place and you don’t want to disturb other people.

It’s actually kind of weird that it’s only now that they’ve been testing this out for the mobile app. Aside from the fact that the desktop version had it first last month, other Facebook properties like Instagram, WhatsApp, and even Facebook Messenger already have their own respective dark modes. Other major apps like Twitter and Google have already gone optionally dark and most apps have rolled it out as well.

Aside from the fact that it’s more aesthetically pleasing, having an app in dark mode makes it easier to view some apps, lessens eye strain especially in low-light conditions. For those saving up on their device’s battery, dark mode is also much better than all that white space draining your energy. And since Facebook is one of the most used apps, having that option would surely benefit its users.

They have not confirmed yet when the dark mode will roll out for all users. They’re probably just testing out some aspects of it but this is one feature that will almost definitely be available for everyone.