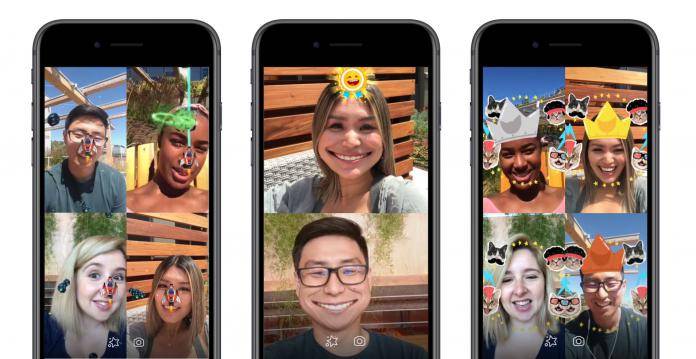 If you thought that playing Words With Friends on Messenger was already too hot to handle, brace yourself for even more fun but competitive ways of playing over your mobile device with your loved ones (or even frenemies). Facebook is now introducing Augmented Reality (AR) Games over Video Chat on your Messenger app. If you can’t be with your friends IRL (that’s in real life for the uninitiated), then video chatting and playing games with them in an AR setting may be the next best thing.

Video Chat is one of the most popular features of Messenger, for those who need a more face-to-face kind of interaction rather than just typing messages or emojis. But now they’re bringing it to another level by letting you play AR games with your friends when you’re in the middle of a chat or even just starting with a game to liven things up. And since it’s multiplayer, you can play with up to 6 people at a time.

There are currently only two game available: “Don’t Smile” where you can see who can hold out smiling the longest, as the name suggests; and Asteroids Attack where you navigate your spaceship against pieces of an asteroid floating in space. They are planning to add even more games, including Beach Bump where you will get to pass a virtual ball around and Kitten Kraze a matching game with cats.

Once you update your Messenger app, open an already existing conversation or you can start a new one with the person or people you want to play games with (not emotional games, mind you). Start a video chat by tapping the video icon on the upper right hand. Tap the star button and choose which AR game you’d like to play now. The other people in the chat will get notified that a game is a-foot.

This new Messenger feature will probably be another drain on your productivity, not to mention your phone’s battery and data, so make sure you’re really on a break or you might find yourself endlessly playing AR games with friends when you’re supposed to be doing something else.