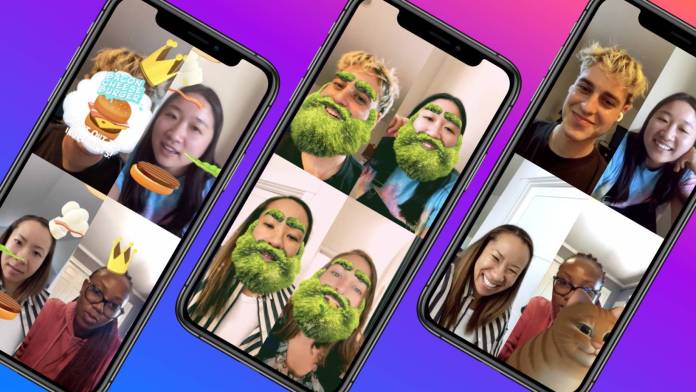 If the group video call you’re having on Messenger and Messenger Rooms is informal or just a virtual hang with friends and family members, then this new feature should make it even more interesting. Facebook says that Group Effects are now available on video calls to bring you new AR experiences that will be available for all participants in the call. There are even a few fun AR group games that you can try out in case you’re looking for something more fun to do while in the call.

There are more than 70 Group Effects that you can choose to add to your video calls to make it more of a shared experience. This includes giving participants a “green beard” and adding a cute orange cat and its cute tail that goes around on everyone’s screens. There are also some games that you can play including one where all participants compete to make the best burger. AR effects and games were previously available for one-on-one video calls but now you’ll be able to bring the fun to your group calls.

While you’re on your video call with several participants already, you can tap on the smiley face to get to the effects tray. Select Group Effects and then choose from among the more than 70 that are available there. So not only will you be able to have fun and “deepen connections with friends and family”, these effects will also allow you to bring creative ideas into the group call even as you chat and catch up.

Facebook says they’ll also be expanding access to the new Spark AR Multipeer API so that more developers and creators will be able to make more Group Effects. The API lets them build “dynamic, real-time interactive effects” this time around for larger audiences. Messenger Rooms lets you have up to 50 people in a video call so that is indeed a big audience. We don’t know if the AR Group Effects lag the more people are using it though, but hopefully it will be the same experience whether you’re 4 or 50.

The Group Effects are rolling out to all Messenger and Messenger Rooms users. It will also soon be available on Instagram for group video calls on the platform.