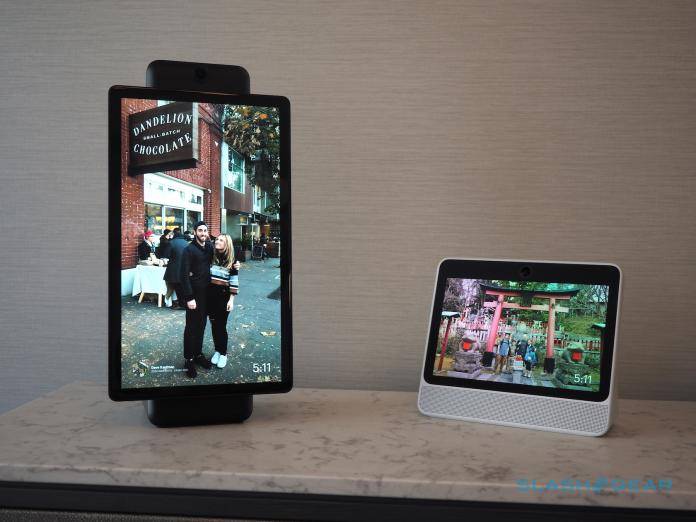 Nothing beats having face-to-face interaction with your loved ones. But for those times when that is impossible, it’s good to have technology on your side. And the first tech company that you’d probably want to have inside your house, having access to your private moments is…Facebook? Probably not given all the security and data issues that the company has been having. But that’s not stopping them from releasing their first hardware device, the video calling smart displays Portal and Portal+.

We’ve been hearing rumors about these devices for several months now and luckily (or unluckily), they are apparently true. Basically, it’s aiming to give you a more natural way to have video calls between friends and family members, not necessarily for professional use. It has several smart, AI-powered features and is also has Amazon Alexa support so it should be useful for non-video call purposes as well.

The Facebook Portal has a 10-inch 1280 x 800 display that is in permanently landscape orientation and has a 10W front-facing speaker. Meanwhile, the Facebook Portal+ is obviously bigger, sporting a 15-inch 1920 x 1080 display and can be adjusted to either a landscape or portrait orientation. It also has a 20W speaker with a 4-inch bass speaker. Both devices have 12MP front-facing cameras with a wide 140-degree field of view and a 4-microphone array.

What differentiates this from other smart display devices is that it has a Smart Camera which follows you around if you’re the only person on your side of the call. If there are more than two, it will zoom so that everyone can see everyone. But you can also choose which one the camera should focus on. The same happens with the microphone so you don’t need to shout from across the room as the mics should adjust to where you are. 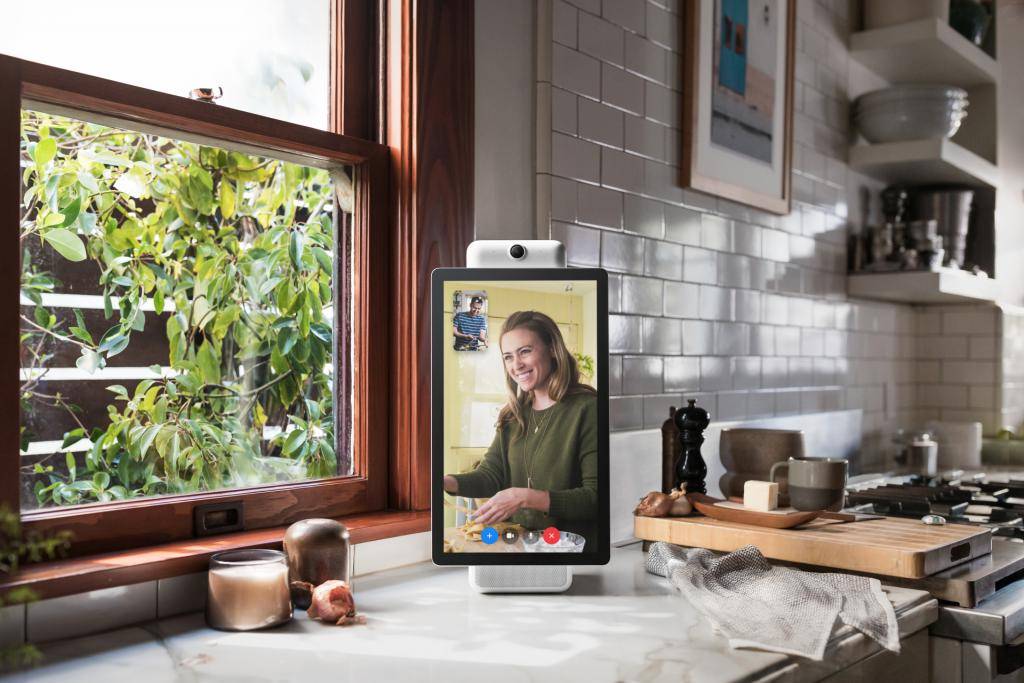 If you want to use the Portal or Portal+ to tell a story to your child who is far away, you can use the Spark AR-based augmented reality stickers so you can wear add-ons like hats, masks, etc while you tell the story. It will initially launch with stories like “Three Little Pigs,” “Five Little Monkeys,” “Itsy Bitsy Spider,” “Professor Right,” and “Trouble Bubble.” You can also use Portal to listen to music together (Spotify Premium, Pandora, iHeart Radio) and watch videos together (Facebook Watch, Food Network and Newsy). 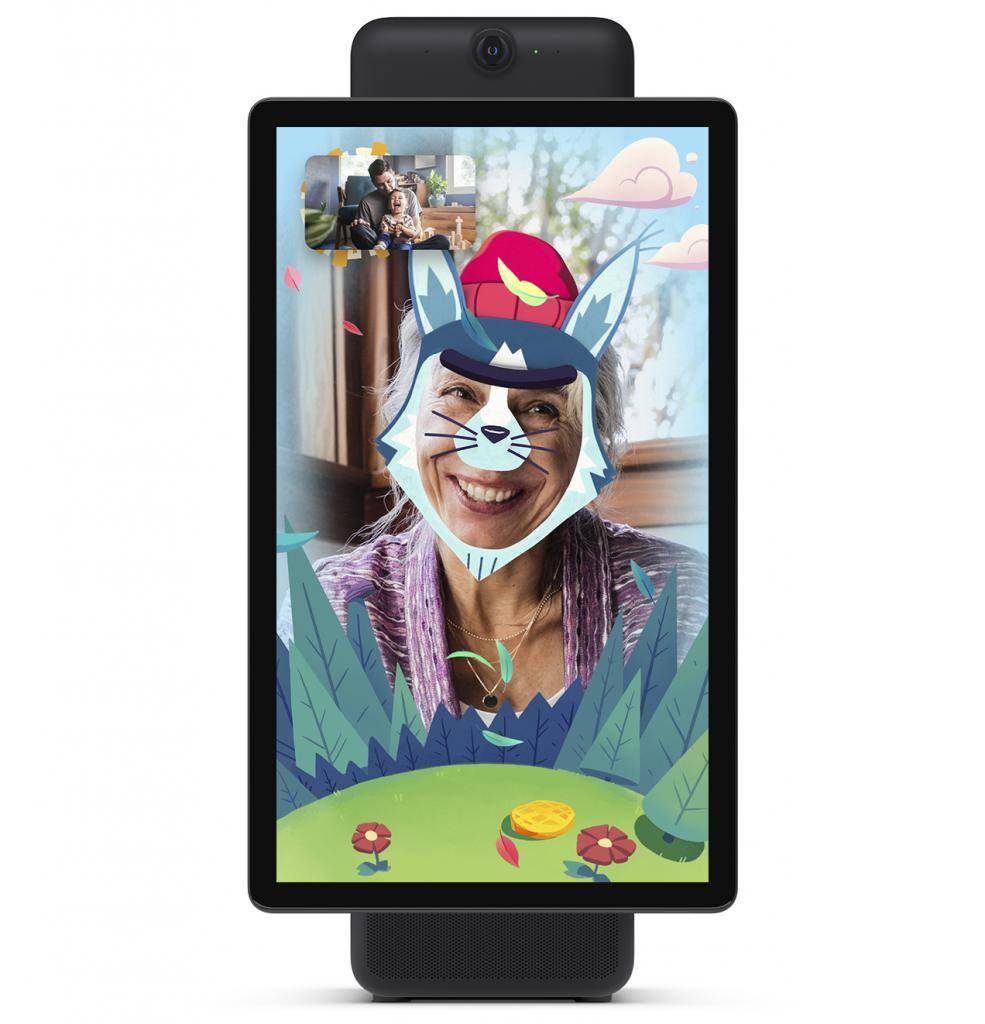 And yes, Facebook is aware of privacy and security concerns so they’ve made it easier for you to disable the camera and microphone and put a camera cover when you don’t want to use it for video calls. You can even set a passcode to keep your screen locked. They’ve also included a list of what information Portal collects and how they’ll use it.

You can call people who don’t have Portal devices yet (or ever) through their Messenger on their phones or computers. When you’re not using it for video calls, you can turn the device into a digital photo frame and you can choose which photos will show up manually. The Portal will cost you $199 while the Portal+ is priced at $349. You can save $100 if you get two of them. You can already pre-order it through portal.facebook.com but no official release date has been announced.