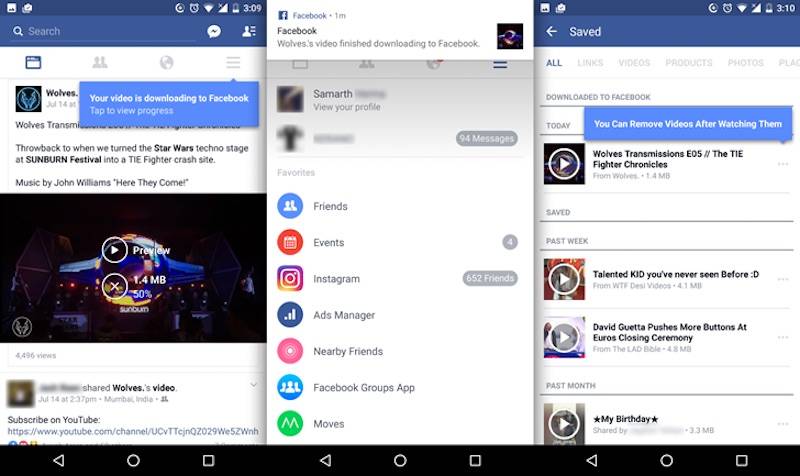 If you’ve always wanted to have a feature in your Facebook app that would let you save videos and watch them offline, this is apparently something that’s on its way. Some users have reported that they are seeing a new user interface in their Android app and that it includes a button that will let you save videos. But before you get all excited, remember that Facebook’s definition of save is quite different from what we normally understand.

Whenever you save a video, what you expect is that you’re extracting the file onto your hard drive, or in this case, your smartphone’s internal storage. But in Facebook’s world, it just means it’s saved to your account and not to your device. So this apparent new feature that is probably being tested out just means that the video you’re saving can be found in the Saved videos section on your account and that you will only be able to watch it from the app itself.

The good news is that you will be able to watch the said video even while you’re offline. So that means if you keep on saving videos, you will have a lot on your “bank” that you can actually watch when the time comes that you don’t have WiFi or data connection. But other than that, you won’t be able to do anything with the supposed save function.

There is no official announcement from Facebook yet so we don’t know when this will officially roll out. But it seems that it’s showing up in version 85 and 86 (beta) of the Facebook Android app. So let’s just wait until it rolls out to you or there’s a word from the social network giant about this one.