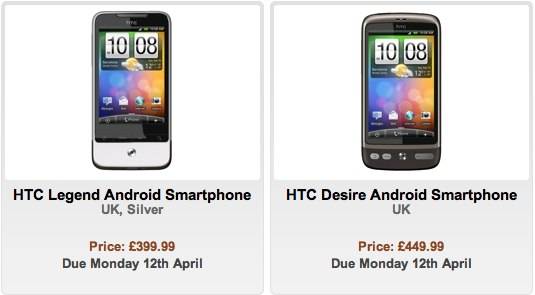 Feeling flush and reasonably patient?  The HTC Legend and Desire, announced this week at Mobile World Congress 2010, have shown up for preorder at online retailer Expansys UK, complete with an expected Monday April 12th release date.

Both are sold unlocked and SIM-free; HTC told us at the launch event that just about all of the carriers in the target markets for the two devices were interested in offering both smartphones, so if you’re willing to sign up to a contract you can likely get one far cheaper upfront.