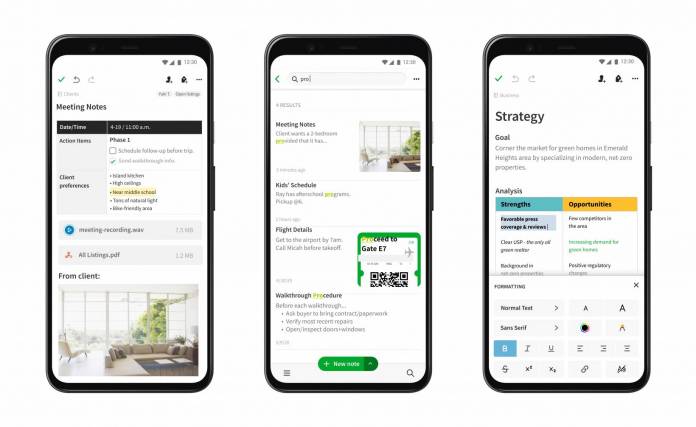 One of the most popular note-taking apps is Evernote, despite some price change issues over the years. If you’re using it on a smaller screen on your mobile device, you know that the current iteration has a lot of room for improvement. They might have heard users’ complaints as the latest update brings several changes to both the user interface and the user experience when you’re using the app on your smartphone. You’ll get a “more streamlined Evernote experience” especially in terms of navigation.

The navigation menu on your mobile app now opens from the left side where you will be able to see all your shortcuts, notes, notebooks, tags, and other things that you need to access quickly. Some users have this streamlined navigation already for some time now but now it’s rolling out to all users so they will also be able to work more easily when they’re mobile or on the road or not in front of a bigger screen.

The note editor is one of the most important parts of the app of course and now you get better formatting options, a more readable interface, and it will also look more similar across all devices. Another important part is the “new note button” and with this update, it’s easier to create a note from the various note type options in the pop up menu. It’s also easier now to search as you get real-time suggestions as you type as well as related search results.

There are some features not yet available on this new app but hopefully they’ll be able to bring it in the next update. This includes the ability to share a note via email, multi-selecting notes, support for password management apps like 1Password and Lastpass, etc. Having these on the mobile app will make the app even more useful than it already is.

The updated Evernote for Android app is only available for devices running on Android 10, at least for now. They are still readying the app for older Android versions so it may be a while before you get it.