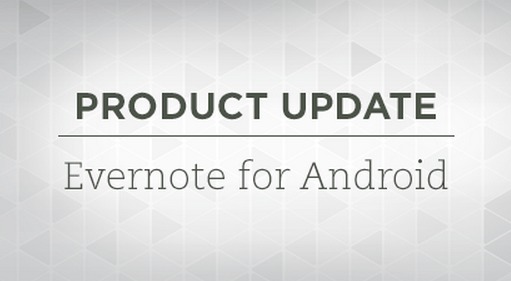 Evernote for Android has received a new update, this one bringing with it the ability to edit attached documents using OfficeSuite. Such is aimed at users who find themselves frequently editing documents or find them to be a central aspect of their Evernote experience.

Those who want the new functionality will need to install OfficeSuite after updating, and from that point on will be able to open an attachment on a note. OfficeSuite will open the document with the editing tools necessary, at which point changes can be made.

After editing the document, the changes can be saved by tapping the back arrow at the top of the screen. The note can either be appended with the edits, or the document can be replaced with the edited document. Users will be able to edit .doc, .ppt, and .xls files. 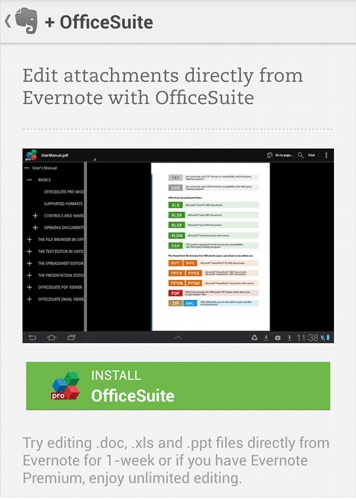 In addition to the new document editing functionality, Premium users will be able to annotate attached PDF files using Skitch. For this particular feature, users can get a 30-day trial to see if it works for them. Furthermore, the widget has been updated and the Reminders functionality has been simplified, making creating Reminders an easier process.