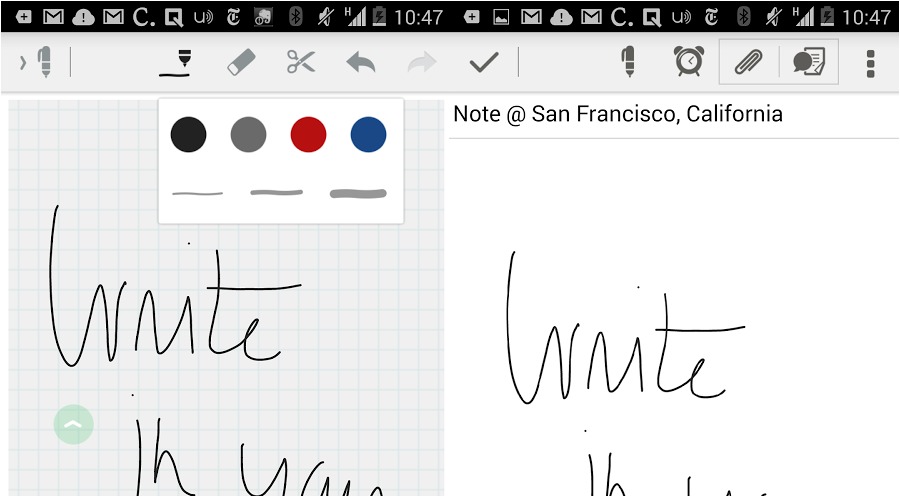 A new feature that has just landed in Evernote‘s beta channel for its Android app which will definitely excite a lot of its fans. Soon all users on Android will be enjoying doodling and making handwritten notes once the feature has finally come out of beta testing.

To be clear, this is more of a drawing feature than something that utilizes handwriting recognition to convert barely intelligible squiggles into prose. At least not yet. This is also quite different from Skitch, which as you might know is also owned by Evernote. That lets you only draw with basic shapes and lines and save them simply as attachments to a note.

This upcoming feature, instead, lets you draw, or write, directly on a note. For now it seems that the feature set is rather crude, but there is word that more features will be coming soon, like highlights and rules. There might even be automatic smoothing of curves. This would bring Evernote on par with other note-taking alternatives that have also offered that capability but also misses out on the rest of Evernote’s most popular and most useful features. Given a few iterations, this could probably even match features boasted by S Note. It would be interesting to see if this will eventually evolve into something like Penultimate, which Evernote also acquired and is, quite unfortunately, only available on iOS.

Those quite eager to have a foretaste of this new feature might have to clam down a bit and wait for the final push. Like many beta versions of Android apps, they will first have to join a private Google+ group before they get access to the beta version, which, according to instructions, might take at least a week to get approved.