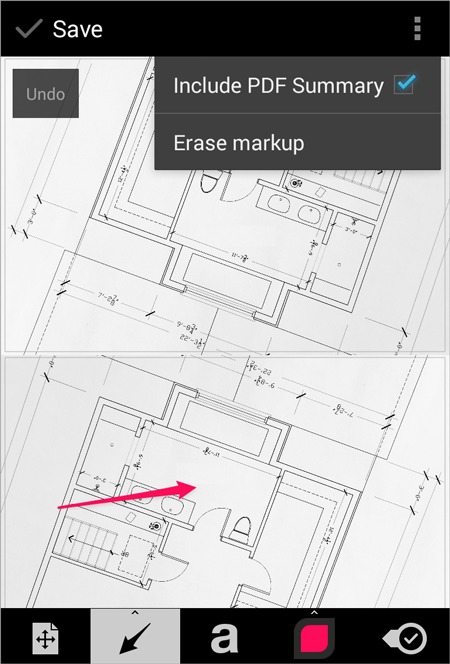 The popular note-taking and digital basket service Evernote is now rolling out an update to its mobile client for Android. Although this new version contains interesting new features, the major changes, unfortunately, are reserved for its Premium users only.

First up is the ability to put annotations on PDF files attached to a note. Through Evernote’s integration with Skitch, users can put arrows, shapes, and text on top of documents. While this might seem like a straightforward feature, Evernote takes it one step further. With the new release, users can choose to include a PDF summary inside the PDF. This summary is placed at the beginning of the PDF and functions as a sort of table of contents that collates all the annotations contained in the document. From here, users can quickly scan user-made notes and even jump to their exact location. 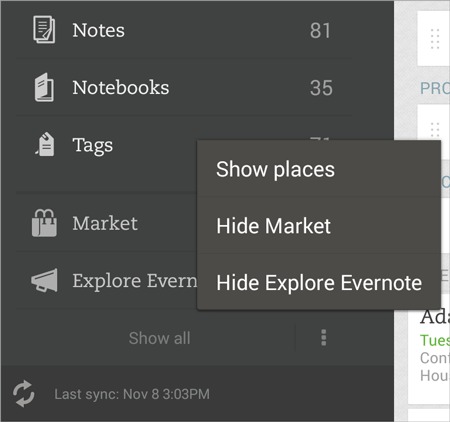 Premium users will also now have the ability to tidy up their Evernote homescreens a bit. They will now be given an option to hide some of the items in the left navigation panel by click on the menu at the bottom. It seems, though, that only the option to hide the Market entry has been added, as even free users of Evernote already have the option to hide or show Places and Explore Evernote. 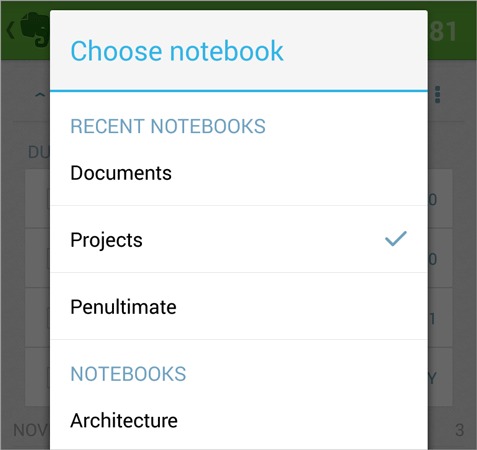 Free users need not feel left out, as this update does bring in some changes available for all Evernote users. The Notebook picker, which pops up when, for example, moving a note from one notebook to another, has been made a bit smarter by putting more recently used notebooks right at the top. The Page Camera, which lets users digitize a photo of a physical note page, has also been improved in its speed and accuracy.

The latest Evernote for Android app is now up on Google Play Store but, as mentioned, most of the changes will not be visible unless you are a Premium Evernote user.