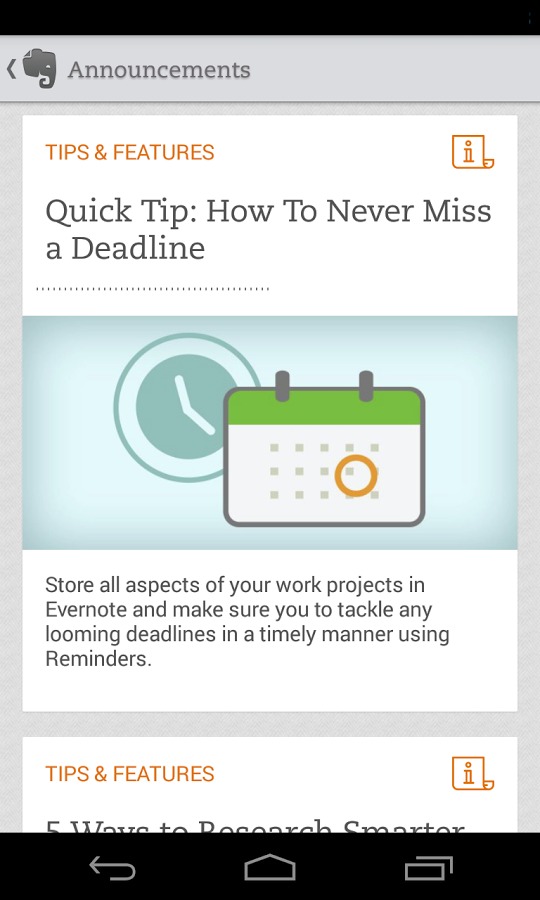 There has been a rash lately of new or improved note-taking apps and services, but Evernote still has a stronghold in that market. The developer team has recently pushed an update for its Android app that will ensure that the king of the hill won’t so easily be dethroned any time soon.

Evernote recently got an update that allowed users to edit attached documents using OfficeSuite. This new update is bringing in a slightly similar feature for PDFs, depending on what user category you are in. The Evernote Android app will now allow users to preview attached PDF documents within Evernote itself. Premium users, and those availing of the free premium trial, will also get the ability to make annotations on the PDF. On the other hand, both free and premium users get to put markups on images via Skitch directly in Evernote so that users don’t have to break their workflow by opening up another app.

To those who don’t have it yet, the companion Evernote homescreen widget was also updated, bringing it up to latest Evernote features, such as viewing and adding reminders. It also includes a lot of fixes to bugs such as deleted notes still showing up in the widget.

The Evernote update was announced a while back and should be rolling out to users in all markets already. But if the featured note-taking app isn’t your thing, you might want to check the latest apps that have sprouted up recently as well.