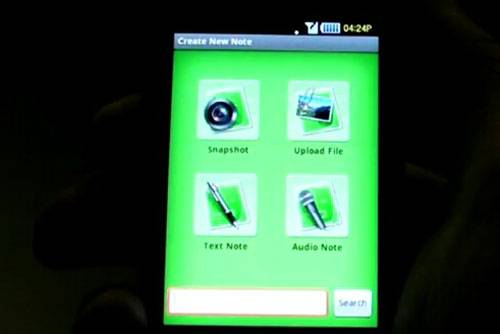 If you are a fan of the Evernote app, you will be glad to hear that the app is getting a major update today that takes it to version 2.0. The app allows the user to capture digital information and access if from any device.

The latest version of the App for Android launches today and the CEO of Evernote says it is the most advanced version ever released on a mobile device. The new version integrates with Google search in the Android device so results from Evernote are included in with searches on Google.

The app will also now manage multiple attachments that can be added to a single note or document from the browser of album apps. The app also supports offline notebooks with the $5 monthly premium service. That feature was previously only on the iPhone version of the app.