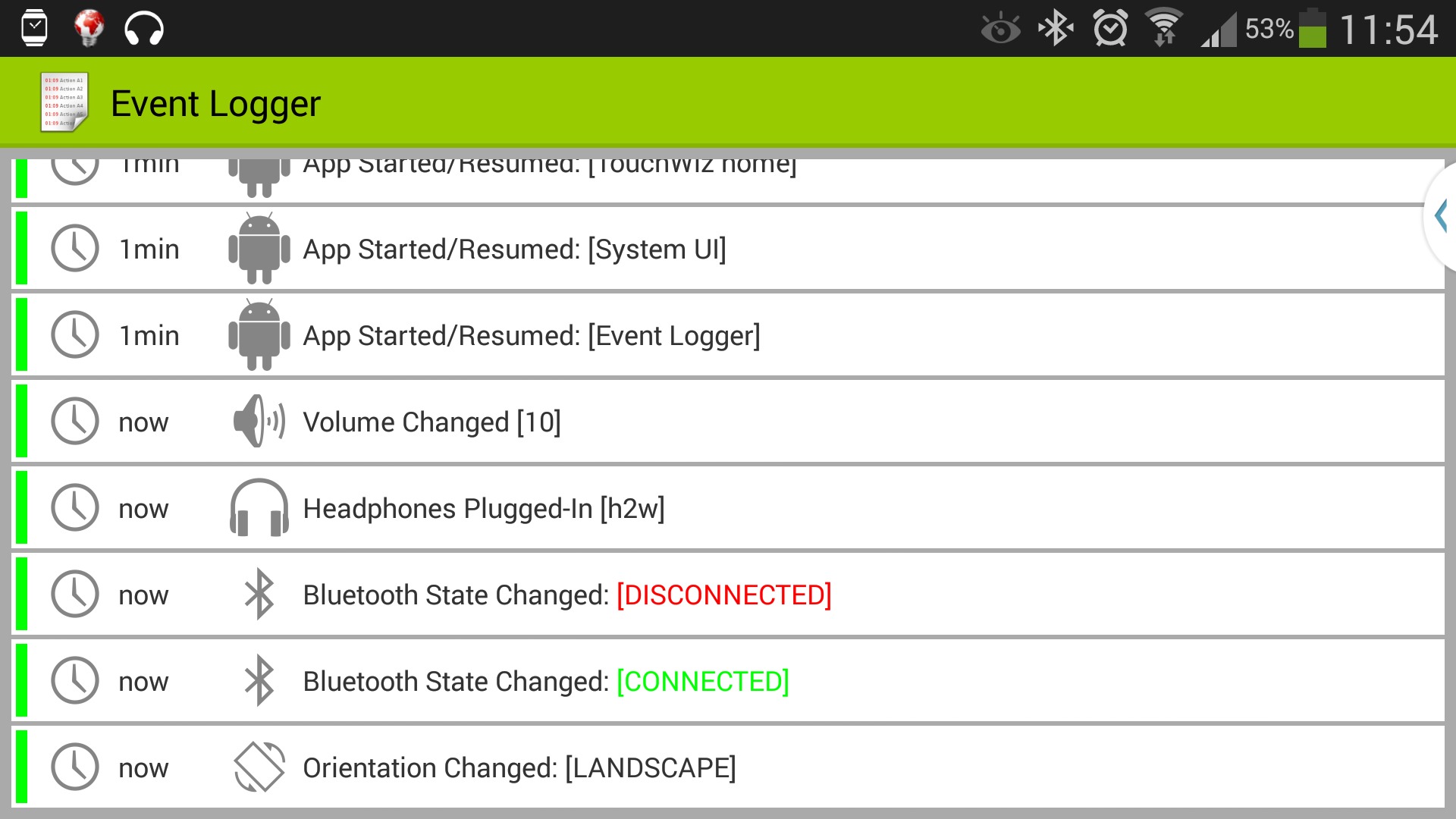 Even if you’re not one to pay much attention to your device’s resource usage there will always come a time when, for one reason or another, you wonder what just happened that zapped your battery. For those occasions, Event Logger might be the perfect little utility for you.

Event Logger is exactly what its name says. It is a program that keeps a log of every system-level activity that your device does. Well, almost everything. The list of supported system events is quite long and includes enabling/disabling and connecting/disconnecting WiFi, Bluetooth or GPS, Turning screen on or off, calls, starting of apps, and others. The app doesn’t require root at all, but for those using the Xposed Framework, an additional event, media play/pause, is also available.

The developer is open to suggestions for other events, provided the Android system allows for them, and is quite ambitious. Already in his list are monitoring for app installs and removals, starting of system-level services, mobile network, and nfc. If you noticed, most of these are just events of when a certain functionality has been disabled or enabled. It doesn’t really mention which apps triggered or used them. It could be still useful in tracing down when they happened, which could clue you in on which apps you were using then.

The app does have its downsides, and where it does, it hurts badly. The app is free but, as you’d expect, is ad-riddled. And not just ads at the top or bottom of the screen, but fullscreen ads that interrupt your workflow. At the moment, it also doesn’t export those logs so you practically lose that data. If these limitations make you uneasy, another older and similar-looking app called Trust – Event Logger is also available, albeit with a smaller set of monitored events.