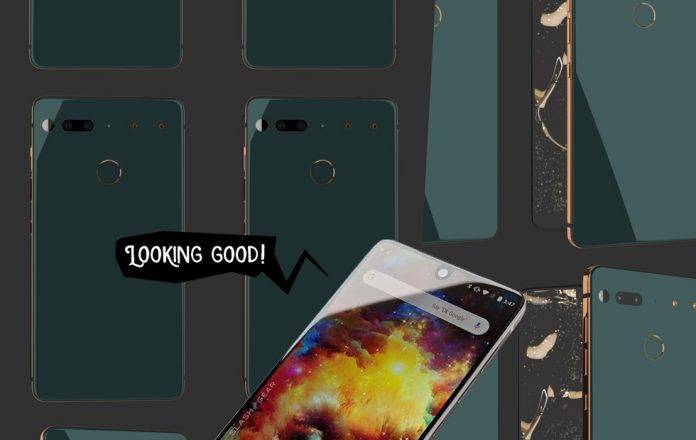 The Essential Phone may not be the success that its creators were expecting (that’s Andy Rubin, Android co-founder) but it’s probably still early days. And one thing that some were expecting was something that looked different from all the other smartphones in the market. Well you might just get that with the new color that the Essential Phone PH-1 will be coming in, which is Ocean Depths or in layman’s terms, something blue green. The color variant is expected to come out on February 15.

During the initial reveal of the Phone PH-1 last year, the Ocean Depths variant was already part of the line-up, along with the Pure White and Black Moon, which are already out in the market and the Stellar Gray which is yet to be seen. Releasing this new color months later (it started shipping July 2017) after the initial announcement may indicate that their first smartphone will have a longer shelf life than what other OEMs usually bring their flagships.

According to the sales report released earlier, they were able to ship only 88,000 units in a span of five months. And Sprint being the only carrier that offered the Essential Phone PH-1 in-store probably didn’t help their numbers. Going into the smartphone market at this point in the game was always going to be a challenge but hopefully, things will improve for them this year.

Meanwhile, the Ocean Depths variant will be available by February 15, based on a tweet from their official account. We don’t know yet though if they’re planning to release a new device this 2018.