Epic Games has officially released Epic Citadel for Android. The game is available for free and can be found by way of Google Play and the Amazon Appstore. That said, it should be made clear from the beginning — this game was released to demonstrate the Unreal Engine 3 (UE3) technology. To drive that point home, Epic Games has included a benchmarking mode.

Upon launch of the game you have a few options which include being able to explore on your own, getting a guided tour or getting some benchmarks with the previously mentioned Benchmarking Mode. According to the folks at Epic Games, this mode allows “users to gather performance data for Android devices.” Benchmarking details include the performance level, resolution and average FPR. 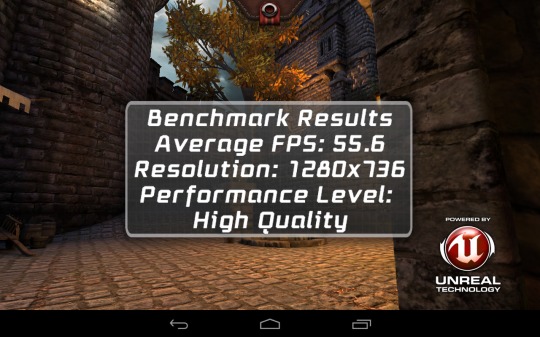 In the case of the Nexus 7, Epic Citadel offered results of High Quality, with a resolution of 1280 x 736 and an average FPS of 55.6. Other perks of the game (as described by Epic Games) include amazing graphics, realistic reflections and animations and global illumination. And well, as you can likely see from some of the included screenshots — the graphics do look really nice. The movement is also smooth. 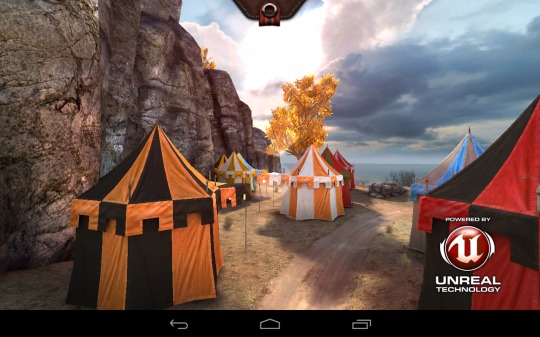 Aside from the few options, there are also some settings which should help to adjust things for older, or less powerful devices. Options here include being able to switch between high performance to high quality as well as bumping the resolution down to either 50 or 75 percent (from the default of 100).

With that, those looking to begin seeing what Epic Games has to offer Android users with Epic Citadel need only follow this Google Play or Amazon Appstore link to get started.