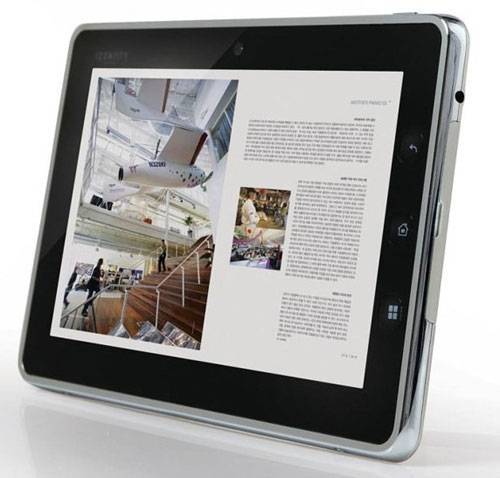 A new tablet has hit the market hailing from Korea under the Enspert name that is called the E201. The tablet has a 7-inchs screen and runs Android 2.1 Froyo as the OS. The specifications of the tablet are pretty nice as is the price.

The tablet uses an ARM Cortex-A8 CPU at 1GHz. It has 512MB of RAM and the resolution on the 7-inch capacitive touchscreen is 800 x 480. The rear camera on the tablet is a 3MP unit and it has a camera on the front. The exact resolution of that front camera isn’t offered, but it is thought to be 640 x 480.

The tablet offers WiFi, Bluetooth, mini-HDMI output, mini-USB port, and a SD card slot for extra storage. It also has a 3.5mm headphone port and packs in sensors like an accelerometer, GPS, manometer, and an ambient light sensor. The tablet will be offered in the US via Dynamism with pre-orders kicking off on February 1 and shipments going out on the 15. The tablet will sell for $349, which is not bad at all considering the specs.