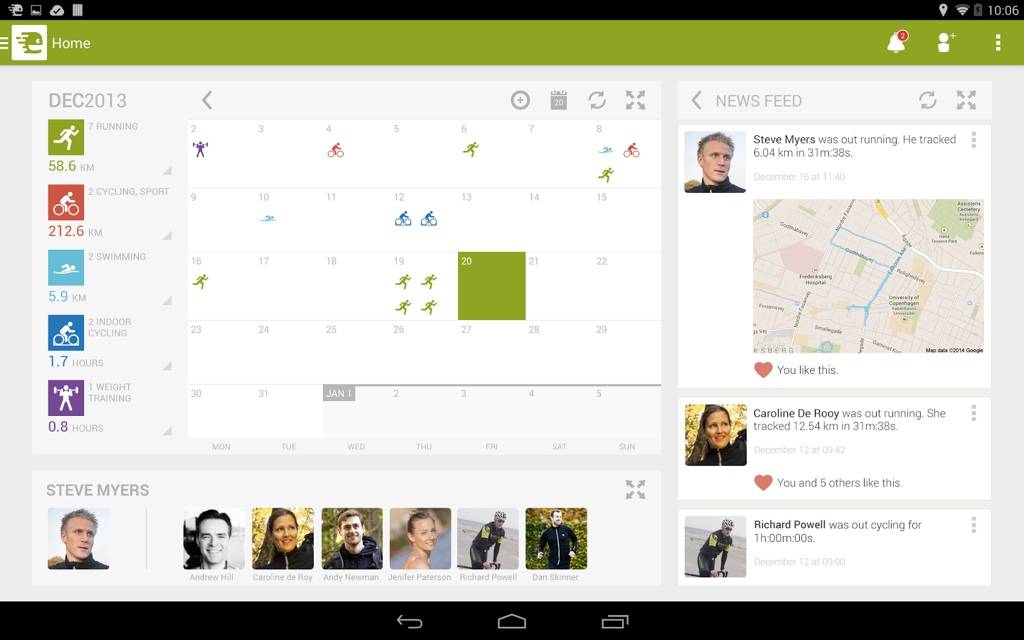 We’re pretty big fans of what Runkeeper has been doing, however that also means we may not have been paying as close attention to another fitness tracking app. This other is Endomondo and an update has recently landed in the Play Store. A rather nice update at that, one that includes Bluetooth LE support for heart-rate monitors.

As it has been, Endomondo is available in a free and premium version. The free version is supported by advertisements, and the premium version will set you back $4.99. While this is a good way to sort of try before you buy (or just use the free version and look past the ads), there is a slight difference in features between the two.

Speaking in regards to this particular update, Premium and Pro Endomondo users will see updated graphs. These are described as being “bigger and better graphs on the map.” Otherwise, along with the updated graphs and Bluetooth LE support, this update adds the following;

A few remaining items include a new option to share on Google+, and a new getting started tutorial (possibly for those looking to make the switch from another app). The Endomondo team also mentioned a new ANT+ implementation using “ANT Plugins” has arrived with this update, which really means current users will need to reconnect their sensors.

Both the free and premium versions of Endomondo can be found using this Google Play Store link.