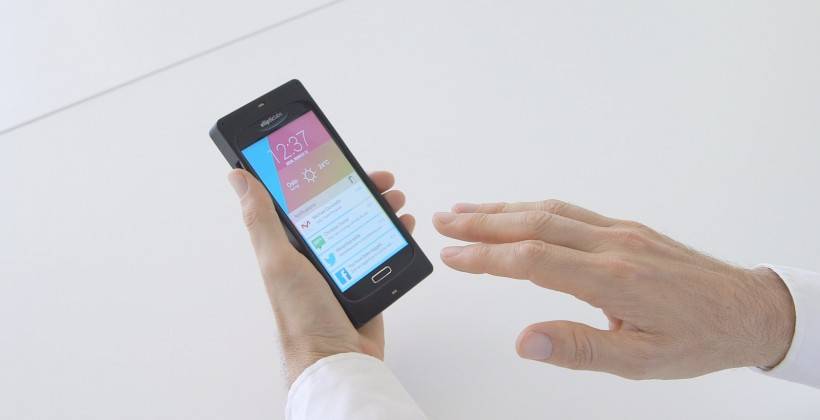 It’s a different kind of evolution, the way we interact with our devices – call it “reverse evolution” maybe, as the more we delve into better technology for our gadgets, the less physical interaction we demand from them. So device manufacturers come up with gestures, but most of those still require physical interaction through touchscreen or any other part of the device. Elliptic Labs has a viable solution called “multi-layer interaction”.

Elliptic has been at this for a while now, and we are seeing probably a product of years scaling and down-scaling so that the technology can become a viable option for smartphones and tablets. Elliptic says that it uses ultrasonic technology for its multi-layer approach, something that it claims is a level higher than the solutions available in the market today.

The gestures are pretty ideal in scope – you move your hand towards the device and the screen turns on, pretty much like how the new 2014 Moto X does it. But the kicker is in the layering – move your hand closer and it gives you a next level of options for actions, maybe unlocking the screen, or opening messages, or running specific apps. See more information from the video below.

Lastly, Elliptic is promising full 180-degree coverage of the area around your device – top, bottom, side, it doesn’t really matter. While I personally don’t like the “laziness” that is the premise here, I like that technology for our mobile devices is still evolving to loftier goals. Judging from the technology’s capabilities, it might not be too far off before we start seeing this in our devices.