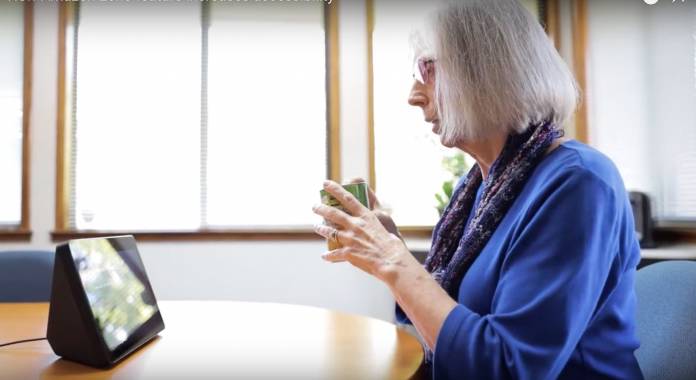 Smart displays aren’t just so we can watch videos while cooking in our kitchens, although that is one of the best things about it. It can also serve as a tool for visually impaired people to get around certain rooms and even get their life in order. A new update in the Amazon Echo Show software now lets Alexa be of even more help with the Show and Tell feature that identifies objects, specifically household pantry items for now, that they place in front of the screen.

Basically how it works is that you hold up an item in front of the Echo Show camera and ask “Alexa, what am I holding?” or “Alexa, what’s this?” and through advanced computer vision and machine learning technologies, it should tell you what it is. This is a huge help for blind and low vision customers as they will not have to rely on other people when it comes to identifying objects in their kitchen.

Amazon did not specify if this feature will expand to other items as well although it probably will since that will make it even more useful. Alexa will also instruct the user through verbal and audio clues if ever the object isn’t placed properly in front of the camera. There are an estimated 1.3 billion people in the world with visual impairment so those who have the Echo Show and maybe later on other Alexa-powered smart displays, will be able to enjoy this feature.

This was actually developed by the Alexa for Everyone team after they got feedback from blind and low vision customers who were having issues with product identification in their kitchen. They collaborated with the Vista Center for the Blind and Visually Impaired in testing out and developing the feature. They also collaborated with Amazonians who were suffering from visual impairments so that the final output would have gone through a lot of insights and changes based on their feedback.

The Show and Tell feature is available for Alexa customers in the U.S on their first and second-generation Echo Show devices. No news yet if support will come for other territories and other Alexa-powered products with screens like smartphones and tablets.