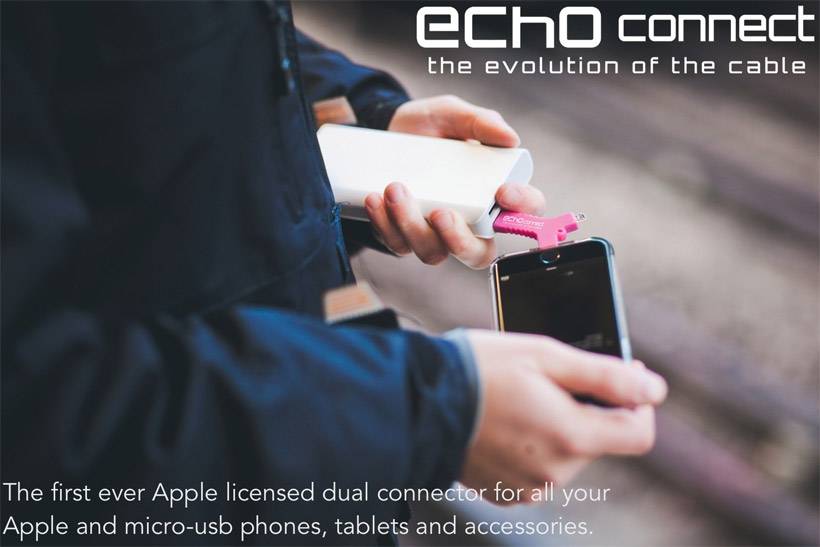 There are many people out there that use both Android and iOS devices for business and pleasure. Perhaps you have an Android smartphone but an Apple tablet. Maybe your personal smartphone is an Android device, but your employer hands out iPhones for business use. Whatever the case, a bunch of people out there need to keep both Android and iOS devices charged.

This is where the Echo Connect Plus comes in. This charger claims to be the first device in the world that charges both Android and iOS devices with one charge adapter. The “Y” shaped adapter has a USB connector on one end and an Apple lightning connector on one side of the “Y” and an Android USB charger on the other.

The body of the adapter is soft and flexible plastic so it can bend to keep pressure off the connectors if needed. The overall length of the charger is 6cm long and features hard plastic around the connector ends. It has a lanyard hole to allow it to be attached to straps.

The Echo Connect Plus is on Indiegogo seeking $10,000 and has more than double that amount with over $20,000 raised and 55 days to go. A pledge of $15 or more will get you an Echo with delivery estimated in April. The final retail price will be around $30.