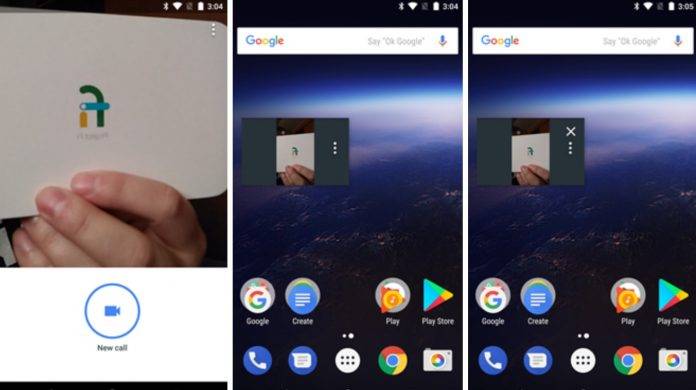 Not everyone has access yet to the Android O developer preview, but if you’re one of those that is already testing out the next major update from Google, you’re of course able to experience some of the features they’re testing out. They may not be perfect yet, but at least you can try them out already. For Duo, Google’s video calling app, you can now try out the picture in picture mode and soon, there will also be call history.

Picture in picture mode is a pretty useful tool as it will allow you to do other things while still on a video call. If it’s for work, you can open up a document and collaborate with whoever it is you’re on the video call with. If it’s a friend, you can play a game while talking to him/her. This was previously available on Android TV with Nougat, but soon when Android O gets released, you will be able to experience it on your smartphone as well.

It looks like they are also working on a call log feature for Duo. It seems like common sense to have a way to check out your previous call history on a calling app, but Google apparently didn’t think so. But based on a tear down by Android Police, it looks like it will finally be available in the near future, as it should be.

However, it is worth noting that since the support for the PiP mode is still in the preview version, there are still several problems, like the app crashing when you activate the mode. In fact, some of the Google apps that have been updated seem to be crashing on the O preview. They will probably fix it before the initial release, so be patient.