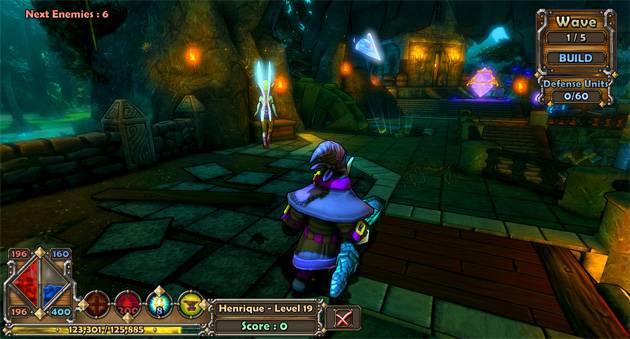 It’s no surprise that gaming has made a huge shift from dedicated devices such as the Nintendo DS and PSP to mobile phones. As phones becoming more and more powerful gaming becomes more of an option as they are made able to run intensive graphics. A perfect example of this is the first Unreal Engine game for Android, Dungeon Defenders, which is now available.

Dungeon Defenders is a new 3D game that’s mixes tower defense gameplay with some RPG elements. It’s graphics are incredibly impressive for a mobile phone game and it’s definitely worth checking out. You can see a the launch trailer (iOS) below which will give you a good idea of what gameplay will be like:

The game is available for only $2.99 which is well worth it and it’s worth noting that because it comes in at over 600 MB it will take you longer than the 15 minute refund window to download it, so make sure you really want it – who wouldn’t – and that your device is suggested which is detailed below:

[Via Android And Me]