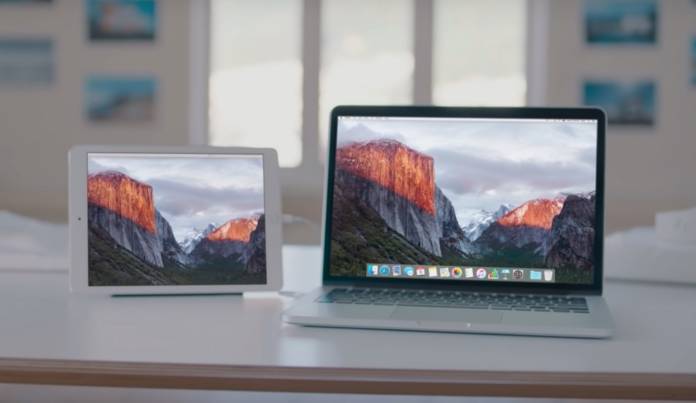 If you’re a Mac and Apple mobile user, you’re probably aware of this app called Duet Display that lets you use your iPad as a second screen alongside your computer. It was only available exclusively for Apple products though. But now that it has become practically useless because of the Sidecar feature that was recently introduced. And so now finally the second screen app is making its way to Android and trying to find a whole new market for itself.

If you’ve never heard of Duet Display, it was one way for iPad users to connect their devices to MacBooks and use it as a sort of second screen. The tablet became a small extended display that was pretty useful for artists, multi-tankers working on documents and spreadsheets, and even just ordinary users who wanted to get another monitor for work or for leisure. However, Apple eventually released a free, native feature called Sidecar so the app became redundant.

So now Duet Display is trying to find a new market by releasing an Android version of the app for Android devices and Chromebook users. With the app, you will be able to extend your computer’s screen to the smaller device. You will, of course, have to download the Duet desktop client on your main computer. However, the Duet Display app is not free and you’ll have to shell out $9.99 for it, with the desktop client available at no fee.

Just like how it is with Apple devices, you will need a USB cable to connect your Android device to the computer that is already running the Duet software. You get touch controls and gestures support, like doodling on your tablet or phone with a stylus or your fingers and seeing it on the bigger screen. And of course for multi-taskers, this may be more convenient than using a regular dual monitor.

You can download the Duet Display app from the Google Play Store and pay a one-time fee of $9.99. Its page says it will be available at 50% off for a limited time so best get to it before it reverts back to its $20 price tag.