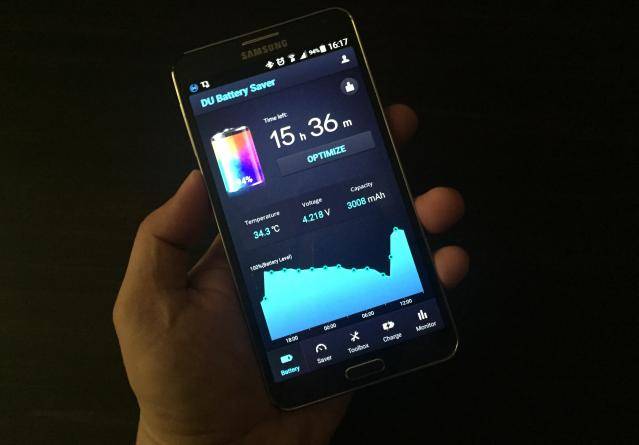 Gone are the days when you’d be worried about whether your smartphone or tablet can run an app or game. These days, you’re more worried about whether your devices will last long enough for you to get home and plug in. Battery technology hasn’t exactly progressed by leaps and bounds unlike other smartphone components. And, aside from hoping for bigger batteries or using power packs in an emergency, users are left with no other option than to make sure that their devices aren’t consuming more power than absolutely necessary. Luckily for us, Baidu‘s got our backs with DU Battery Saver.

To put it bluntly, battery management apps are a dime a dozen on Android, but not all of them work as advertised. And not all of them are worthy of trust. It works wonders, then, when you bear the name of Baidu, China’s leading search engine and commonly called the Google of China. That said, that name wouldn’t mean much if the app couldn’t deliver on quality worthy of the company’s name. Fortunately, it does.

At its very core, DU Battery Saver follows the same pattern as other battery saving apps. You’ve got functionality for monitoring power usage, shutting down wayward and power hungry apps, and offering suggestions for optimizing performance. DU Battery Saver has all these in spades and more. And that more part is how the app sets itself apart from the competition.

The app’s basic interface is divided into five parts corresponding to five core functions. The Battery page is the one you will most likely use the most. It not only gives you a summary of battery stats, including temperature and voltage, it also has the OPTIMIZE button that, well, tries to optimize power usage using a combination of techniques and settings. We’ll get more into that later, but for most users that want to squeeze out every bit of juice from their device, this section will have all that they need.

The Saver tab is actually where you get to fine tune how exactly DU Battery Saver optimizes battery performance. Here you can set up modes, practically power profiles that let you batch settings together, like turning Wi-Fi and Bluetooth off. These modes really shine with the PRO version of the app, which lets you dynamically switch modes depending on situations. In the free version, you’ll have to manually switch between these. The Smart tab is the meat of DU Battery Saver’s functionality. This is where you can configure which apps to kill or not when power usage is optimized. You can also schedule changing of modes according to time or to battery levels, though these features are locked behind paywalls. One particular feature you won’t find in the majority of battery saver apps is Phone Cooler. As the name implies, it monitors your phone’s temperature and shuts down apps that raise the heat too high.

Value added: Being smart about batteries

You might notice that some of the functionality is blocked by what look to be in-app purchases. Worry not, you won’t have to buy those features. Well, not in the conventional sense. Instead of paying for features with real money, DU Battery Saver instead uses DU Coins. And how do you earn those coins? You simply install recommended apps. This is where the Toolbox tab comes in, which is perhaps misnamed. In actuality, it is an app store filled with free apps that you can install to earn points, which, in turn, can be used to buy added features. It’s not a new concept, definitely, and some might not be at ease with it, but it is, admittedly, a less money-centric strategy. Of course, you can also just directly buy the PRO version to unlock all those features. At least you have a choice.

The Charge tab also offers another feature you will rarely find in other apps of its kind. It is both a guide and a tool on how to prolong your battery’s life by charging properly. Despite advancements in battery technology, we are still beholden to how we charge them. DU Battery Saver not only tells you how, it also controls the amount of power the smartphone uses when charging; the app calls it “Healthy Charging”. When charging below 20 percent, the app turns on fast charging and uses up the full voltage of the charge. Once nearly full, about 80 percent or so, it lowers the voltage and uses impulse current all the way to full. Once full, it switches to Trickle charge, just enough to keep electrons flowing while not overcharging the battery.

DU Battery Saver also has other features that may seem whimsical and some that are probably useful, if you can find a purpose for them. For example, you can choose a battery skin, but don’t expect it to change how the entire app looks. It really only changes how the battery image is shown. There is also a Messages feature, for messages that DU Battery Saver will send you. That’s where notifications from the app are shown.

As you can see, DU Battery Saver is flowing with features, some of which you’ll rarely find elsewhere. That can present the user with a wide range of options and switches, and indeed there are quite a number of pages and controls to familiarize with.

The Monitor tab, for example, gives monitoring power consumption its own, dedicated page rather than filing that data away in a section under the Battery tab. The list of apps to exclude from DU Battery Saver’s optimization process, meanwhile, is found in the Settings menu.

That complexity isn’t a deal breaker, and more an issue affecting many apps that boast so many features. We feel like the learning curve will be considered by most to be be worth the sacrifice for all the power it gives. No pun intended.

Unless you’re already aware of Baidu’s presence and activities, you might be surprised to learn that the tech giant has apps on Google Play Store free for the taking. You might be even more surprised how well some of them work. DU Battery Saver is such an example. It’s simple yet powerful. Easy to use and, unless you start wandering off to explore, the home Battery page might be all that you’ll ever need to use. But, at the same time, it offers more advanced users all the knobs and switches they could ever want.

Baidu’s DU Battery Saver can be downloaded for free on the Google Play Store. A PRO version is also available for unlocking all advanced features in one go, for a price of $2.99. 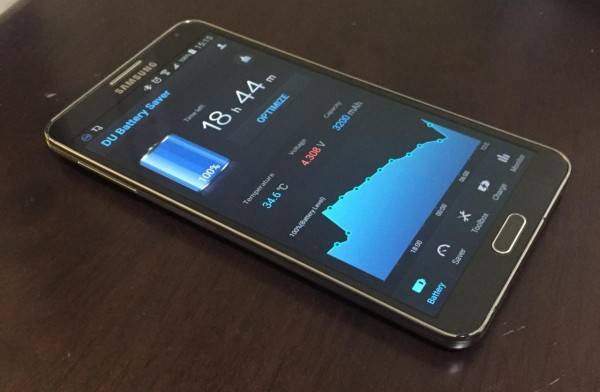