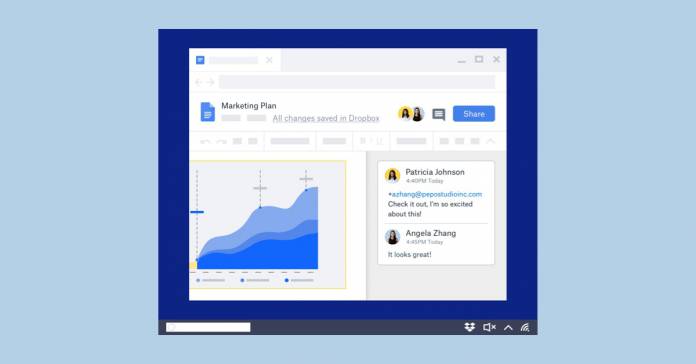 While Dropbox and Google Drive are generally seen as competitors in terms of cloud storage aspects, there are some features of the latter that should be able to work well with the former. If you’re a heavy user of both services, you’ll be happy to know that Dropbox has announced a massive integration of Google Docs, Sheets, and Slides to further simplify and make your work life more convenient. However, this integration is only currently available for Dropbox Business and G Suite users.

That’s right folks, you will now be able to create, store, manage, and share your various Docs, Sheets, and Slides from within the Dropbox app as well as the desktop version. You can start a new document right from the web version and the desktop apps but you’ll be able to access it from the mobile app as well. You can even edit existing files in the .docx, .xlsx, or .pptx files in their respective Google editors and then save them in their original format.

Dropbox has a full-text search feature which will also crawl through all the documents to give you better search results that aren’t just based on file names. In terms of sharing, you can directly invite a contact from the app itself or you can create a shared link and send it to them by pasting in a chat or in an email. You can also grant them view-only or edit access, whichever you prefer.

Comments are a huge part of the Google Docs experience and any comment made within the file will appear in your Dropbox notification so you won’t have to go to the Google Drive app if you want to stay on Dropbox. Basically, you can do almost everything that you do on your documents but this time from within Dropbox and if you’re concentrating on one app on your phone, that makes a huge difference.

However, access to this integration is still limited. Only those that are using Dropbox for Business can enjoy this and we have no idea yet if those using regular Dropbox will eventually have access to this feature too. On the other end, only G Suite users can integrate it to their Dropbox but it will eventually become available to all users with an associated Google Account.