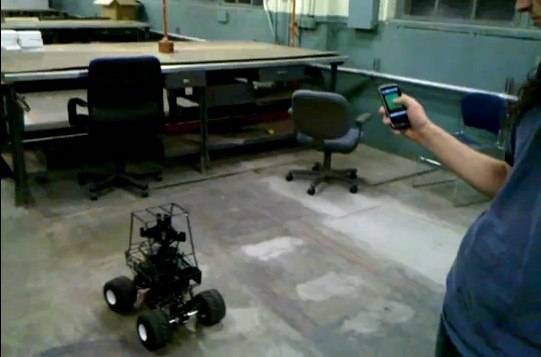 We love Android, we love remote-control toys, and so this Droidrover project presses all the right buttons.  You can’t really describe it as a toy, though; it’s actually the handiwork of several of the team at NASA Ames Research.

Basically, they’re remotely-controlling a Senseta rover from a Google Nexus One, with an Arduino and Bluetooth in-between.  The Arduino and Android pairing apparently makes for a much smaller controller bundle, which in turn means the rover is lighter, more manoeuvrable and uses less power.  It’s also a reasonably priced alternative; including a Nexus One, it all came to under $600 (though that doesn’t include the rover itself).